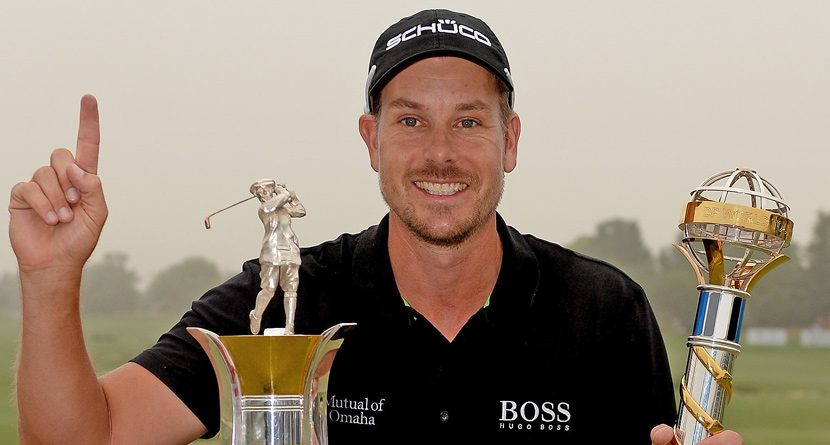 TaylorMade continued its strong 2013 golf season with yet another win on its staff players, this time at the hands of the red-hot Henrik Stenson.

Stenson added the European Tour’s Race to Dubai title to his FedExCup hardware from September, instantly making him one of the biggest names on either side of the pond. His achievement marked the first time a golfer captured both season-long championship titles.

The Swedish sensation relied on his TaylorMade SLDR driver, set at 10.5 degrees (which reportedly outperformed his R1 driver by at least 10 yards). This is possible because the SLDR’s center of gravity is positioned lower and more forward in the clubhead in comparison to the R1, or any other club in TaylorMade’s arsenal.

Stenson’s win marked the eighth win for the SLDR driver worldwide, making it one of the most decorated golf clubs on the market today.