Hey Phil, Is That A Phrankenwood? 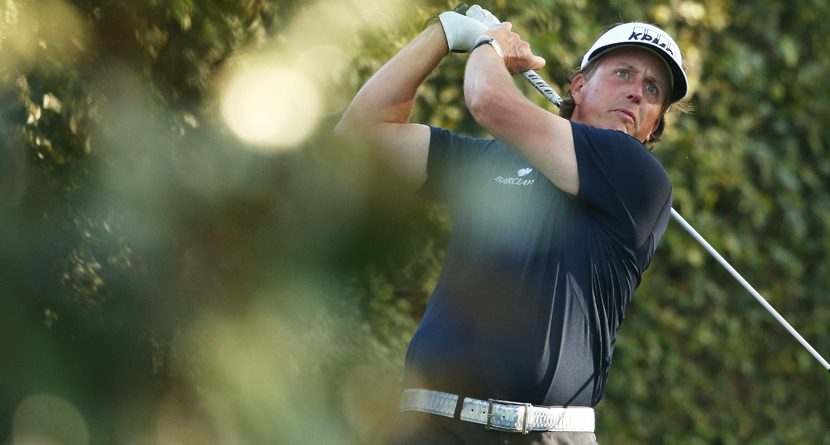 Over the past week or so, Phil Mickelson has hinted that he would be bringing a “mystery club” with him to the Masters to help him win a third green jacket.

On Tuesday, Golfweek reported a new Callaway fairway wood prototype had been spotted in the company’s tour van: the Phrankenwood. Yep, you read that correctly. Callaway is actually calling the fairway metal — which is basically a 2-wood — Phrankenwood as a play on Mickelson’s first name. Its 12 degrees of loft probably puts the club closer to a “strong” 3-wood more than anything, similar to the 3Deep fairway wood Mickelson has used in recent tournaments as a replacement for his driver.

When asked if the former Masters champ will have the Phrankenwood club in his bag this week, Callaway’s Nick Raffaele remained unsure.

“Honestly we don’t know,” Raffaele said. “Everybody knows that Phil does things his own way. So we’re waiting just like you.”

Assuming Mickelson does use the club this week – which would make sense, because why else would Callaway’s tour vans be carrying them? — we will likely see the Phrankenwood on many of Augusta’s lengthy par-4s and perhaps even a couple par-5’s. The club’s smaller clubhead provides a feel of a fairway wood, while its loft offers a penetrating ball flight similar to that of a driver.

Of course, this new club is drastically different than the one Mickelson used to flop a ball over someone standing directly in front of him.