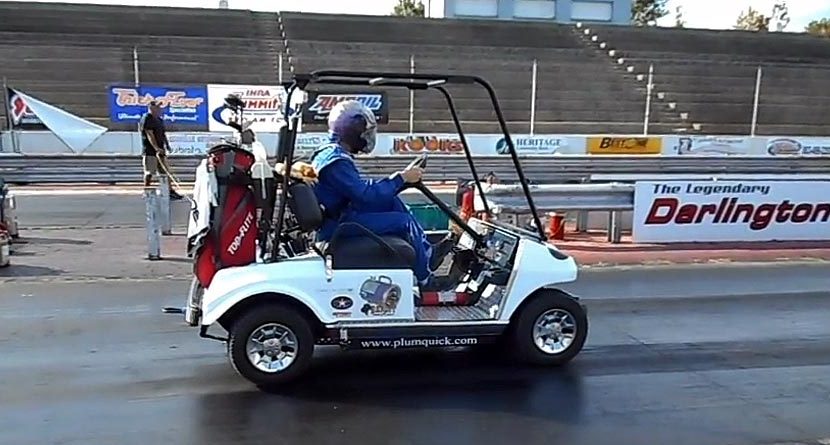 Many golfers wish they could play a round of golf in less time. If you’re looking to improve your personal pace of play, a peppier cart might do the trick. Especially if it’s the world’s fastest.

Back in August, we were introduced to a cart that claimed to be the fastest electric golf cart in the world, with a top speed of 97.32 mph. Whether or not that’s true, there’s a cart that leaves that one in the dust.

The guys at Plum Quick Racing have built what’s now the world’s fastest golf cart — gas or electric — cruising to a top speed of 118.76 mph.

It’s not the first time Plum Quick Racing has set the world record. In fact, the group broke its own record set in 2013 at 103.65 mph.

Say hello to one hour rounds of golf.