Ian Poulter Has Arsenal Backing Him at Open Championship 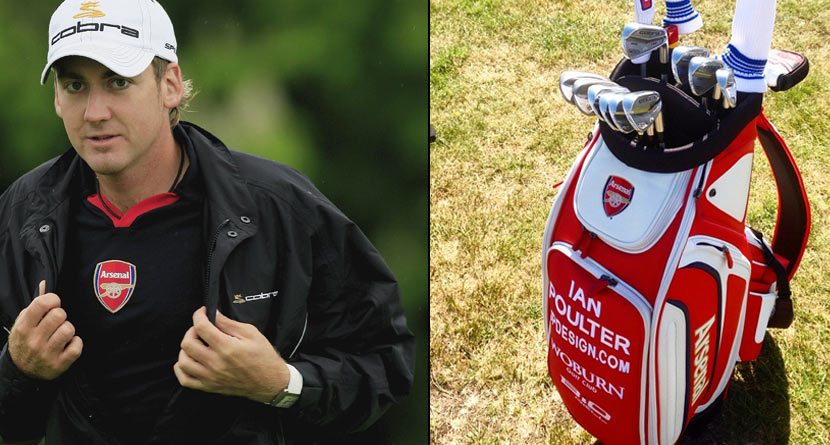 There are few things in the world that Ian Poulter gets really excited about. One of them is his epic car collection; another is the Chive. Perhaps more than anything, however, Poulter loves his football team — Arsenal.

During many a Premier League game Poulter can be found tweeting about his love for Arsenal football and disdain for some players, calls, officials, etc., that they play. This week at Royal Liverpool, the Arsenal fanatic has an awesome bag that any fan would want of their team:

Check out my #Arsenal golf bag for this weeks #openchampionship http://t.co/kQOjUwOmNh

It isn’t the first time Poulter has worn his team colors proud. He’s had the team logo on his shirt and shoes in tournaments before, and this week, as any great fan would, I’m sure he will again.

I’m also sure that Poulter will have the backing of all his fellow Arsenal fans this week at Royal Liverpool, if its legion of fans is anything like this new commercial suggests:

Ian Poulter and Arsenal: stronger together.

Are you among the Arsenal faithful as well? You can now deck yourself out, or supply that avid fan you know, with all the gear your little heart desires. I’m not even a fan and I’d consider picking up some of this swag: