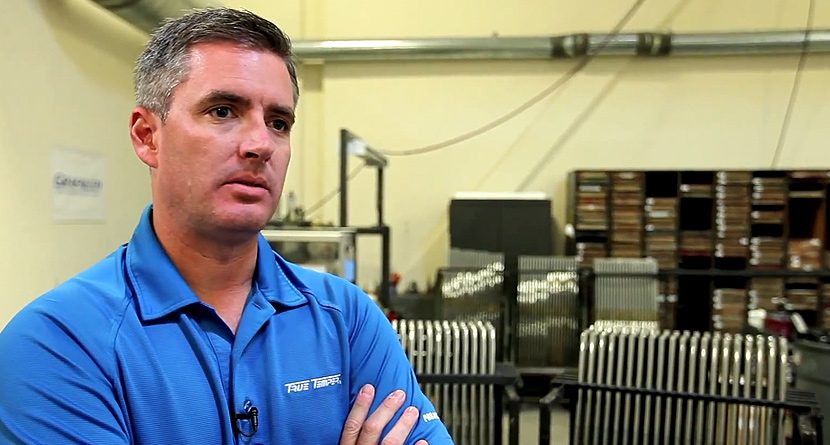 There’s absolutely no denying the professional success of True Temper products and its customization process.

PGA Tour stars like Tiger Woods, Jason Dufner, Matt Kuchar and Bubba Watson are just a small sampling of players who have won while using one of True Temper’s shafts or brands.

And the success, while no doubt linked to the players’ collective talents, can also be connected with the terrific custom fitting process available to players week in and week out on Tour.

Like most golf brands, True Temper has an array of tools available for its tour players. The goal? To make sure the shaft is optimal and ideal for the players’ clubs and swings. The great news for you is that that customization process is available to you through True Temper’s network of Performance Fitting Centers.

At their most basic form, Performance Fitting Centers are an elite network of certified professionals, who provide excellence in the golf retail and custom fitting industry.

But, to a player like you — the avid core golfer, who cares a ton about your game — True Temper’s network of Performance Fitting Centers are the perfect place to get professionally fit for the right shafts that will fit your game and make it more consistent.

Not convinced? Just ask our Player Staff Program, or better yet, the six ‘chosen ones’ that went through a True Temper Performance Fitting as part of our recent examination of the network.

All six players are members of amateurgolf.com — – just like you. And again, just like you, these low handicappers and competitive golfers are always on the lookout for top-notch equipment, techniques and products that will keep their games in top shape.

GOALS AT THE OUTSET OF THE PROJECT

The group, as well as amateurgolf.com, had plenty of goals heading into the project.

For us, we wanted a fair and objective look at the process and to learn and hear about it in detail from our group of chosen testers.

For the testers, they were interested in seeing if they were playing the right shafts (in either their irons or woods) and if they weren’t, which ones would help improve flight and overall consistency in their games.

The varying goals and overall concerns of each player that goes through a Performance Fitting Center fitting is very important to the professional conducting the fitting session.

“I really enjoyed it and learned a lot,” said Player Staff member Ed Donlin, who had his fitting conducted at Leath erman Golf Center in Charlotte, NC. “Curtis (the fitter) went out of his way to assist me. He spent almost two hours with me and that was just two woods and two hybrids.”

“David Butler was great,” said member Keith Schwartz, referring to David of Butler Golf in Northern California. “He took the time over coffee to get into detail about me and my game before we hit a ball. He also specced my current driver to a level of detail I did not know.”

When it came time to get down to business, each fitter went about it their very own way while still adhering to the qualifications of a True Temper Performance Fitting session, including the use of True Temper’s proprietary ShaftFit Pro software. Note that consumers can use the company’s free version, ShaftFit.com, but the Pro version is a much more detailed program available only to fitters in the company’s network of Performance Fitting Centers.

All fitting sessions began with the players generating a baseline for comparison. They would hit their own clubs to determine impact, launch, flight and distance.

Most fittings included a test of shafts similar to that the player was already hitting and those the fitter knew would help benefit the player their personal goals.

“Once I was warmed up, David had me hit 6 balls with my current driver (eliminating and re-hitting any result that was outside of the norm) to establish a performance baseline on the computer,” said John Scholtz, who also visited with David of Butler Golf. “Then David examined my club – checking for length, head loft, frequency rating, and swing weight.

“What we found, was that even though this club was a “tour preferred” model with a specific shaft, the shaft characteristics were not accurate and not a good fit for me.”

That’s the great impact of a Performance Fitting. Many players want to simply play the best and latest model (be it driver, irons or shafts). But for many players, including low handicappers and even scratch players, sometimes best isn’t always the right fit. The PFC process determines your best fit based on your goals and swing, leading to much more consistency in your game.

Most fitters rely heavily on True Temper’s ShaftFit Pro, the software that receives data and helps in the determination of potential fits depending on your circumstances.

“I was impressed with the software we used in terms of showing and comparing the data collected,” Schwartz said. “Combined with the visual feedback from the hitting simulator, it was easy to see the results from the different shafts. In the end, it was clear what shaft had reacted best to my swing.”

For member Trey Kemp, who was fit at Bob’s Golf Shop in Kennedale, Texas, the special attention to his game was key to getting the right fit.

“My fitting experience was great,” he said. “Before my fitting I talked with Bob Birch the fitter and he asked what irons I was playing now and what shafts. I told him Mizuno MP-32 irons with True Temper Dynamic Gold X-100 shafts. Bob said that he had several MP-32 6 irons and he would put a different True Temper Shaft in each for me to try. Several days later I showed up for my fitting and he had five different shafts set up for me with MP-32 6 irons for me to try out.”

The members of of testing group had their choice to be fit for either irons or woods. And the feedback, when balanced against their overall golf goals at the outset of the project, have been great.

“Overall my hope was more consistency with my irons,” Kemp said. “Playing in the winds down in Texas, trajectory is a major part of the game for me so hopefully the new DG Pro shafts will help improve my shotmaking.”

“I’m sure that dialing in the specifics with my irons and scoring clubs will help my consistency and accuracy,” said Matt Fisher, who was fitted at Fairway Golf in San Diego, Calif.

“At the time of writing this, I have had the opportunity to play the new shaft configuration for five rounds, including three tournament rounds,” Scholtz said. “What I have found so far was that the dispersion has been tighter. The other thing that is nice to see is that when I do a good swing on it, the carry distance has added about five yards, but the ball spins a lot less and rolls out an additional 15 yards from my previous driver.”

The proof is in the numbers and in the visual (on the scorecard!) for our members.