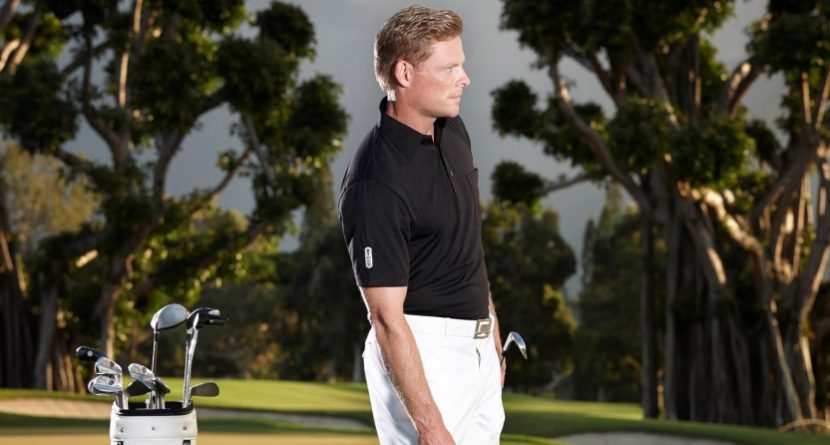 Out on the course this week at the Frys.com Open is James Driscoll and his trendy golf bag. Check that – his TrendyGolf bag.

The 36-year-old PGA Tour pro signed a deal this week with TrendyGolf.com, which is an online retailer of golf-lifestyle apparel, footwear and accessories. The company doesn’t make gear; it’s the source from which you can buy gear.

That’s what makes Driscoll’s deal so interesting. Most golfers sign with one brand – Tiger Woods is outfitted by Nike; Bubba Watson is dressed by Oakley; Rickie Fowler is sponsored by Puma. Driscoll, on the other hand, will wear numerous brands. Among them: Aquascutum, Armani, Chervo, Colmar, Dunning, Elevee, Gabicci, Galvin Green, Golfino, Hugo Boss, J.Lindeberg and others. Basically, Driscoll will chat each week with TrendyGolf staff members about what he wants to wear. If he’s in northern California – like he is this week for the Frys.com in San Martin, Calif. – where it’s sunny and 75 degrees, he’ll want something light. When he’s playing near his hometown of Boston, he may want some sweater or pullover options. If Driscoll’s in a mood and wants to wear black, the company will give the man black.

The only thing that stays the same is his golf bag, promoting TrendyGolf.com at every stop. That and your option to go to the website and mimic Driscoll’s look immediately after he sports it on the PGA Tour. (If only we could immediately play like him too.)