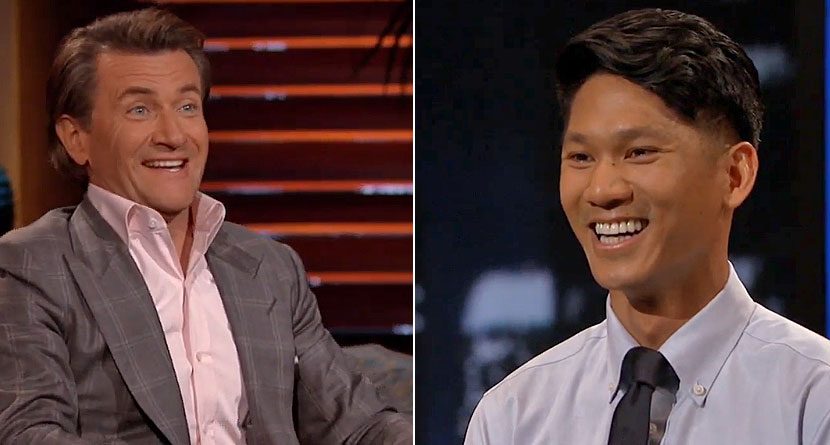 Independent golf club makers are plentiful and those that make putters, in particular, have started gaining some traction by the masses — and through tour pros.

One indie manufacturer ready to break into the big time is Kronos Golf, which took its message to ABC’s “Shark Tank” Friday in the season premiere.

Kronos Golf makes putters and does so with the mission of creating a perfectly-tuned instrument for you to improve your golf game. It’s all about precision for the San Diego, Calif.-based manufacturer. All of its putters are one-piece milled by a computer numeric control (CNC) machine.

Eric Williams and Phillip Lapuz took the company’s message to the Sharks, seeking funding. Lapuz had special motiviation while seeking the funding. He’s attempting to bring his fiancee from Japan to the U.S. His soon-to-be in-laws don’t approve of his dream of making golf clubs.

Interestingly, Mark Cuban, owner of the Dallas Mavericks and perhaps the most infamous member of the “Shark Tank” crew, immediately pulled out citing his disdain for golf.

In the end, Kronos Golf received $150,000 for 30 percent of the company from the last Shark standing, Robert Herjavec.

Fight for your dreams! Thanks again to @RobertHerjavec!! Check out our gear at http://t.co/IAz7YoMGEf. #SharkTank #KronosGolf