Look of a Champion:~Brandt Snedeker 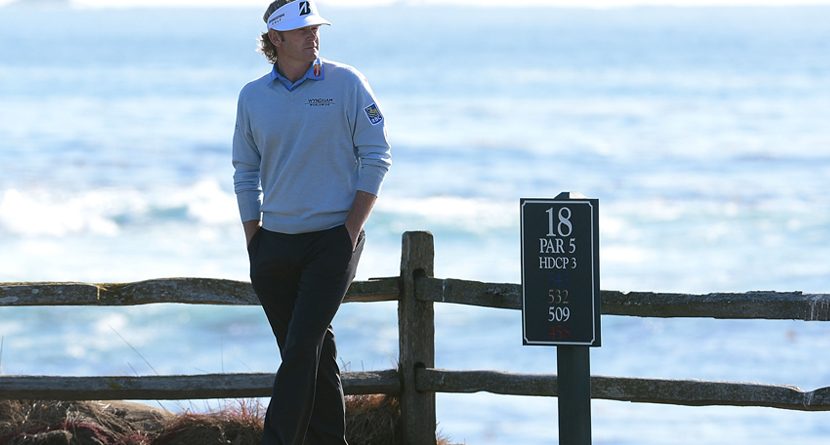 Arguably the hottest player in American golf at the moment, Brandt Snedeker has three top-5 finishes in 2013 including his win at last week’s AT&T Pebble Beach Pro-Am. Let’s take a closer look at what Brandt used and wore during his win at Pebble.

Tools of the Trade
Snedeker is a long-time Bridgestone Golf and has recently switched to Bridgestone’s J40 Irons and is reaping the benefits for more than three months. Each iron features a thin topline on the clubhead – providing a classic blade look — and an Aerotech Steel Fiber i95 CW shaft. His three wedges (52, 56 and 60) are split between Bridgestone J40 and a Titleist Spin Milled Vokey with stock True Temper DG x100 shafts.

He also used the TaylorMade Burner Superfast TP Driver, which has been working great for him in 2013. His driver specifications include 8.5-degrees of loft and a Fujikura Motore VC 7.2 X shaft.

Finally, Snedeker relies on the Bridgestone Tour B330 S golf ball, designed for maximum spin for swing speeds over 105 mph.

Dressed for Success
Snedeker continues his sponsorship relationship with Peter Millar. Rocking his trademark Bridgestone visor, Snedeker was also rocking Adidas’ new adiZero performance softspikes at Pebble; a shoe sure to garner increased popularity throughout the year. Designed to be as close to playing barefoot as possible, the adiZero line is the lightest golf shoe the company has produced to date. Each shoe features the new ThinTech spike design which promotes a lower shoe profile and is completely waterproof thanks to an internal membrane lining.