Look of a Champion:~John Merrick 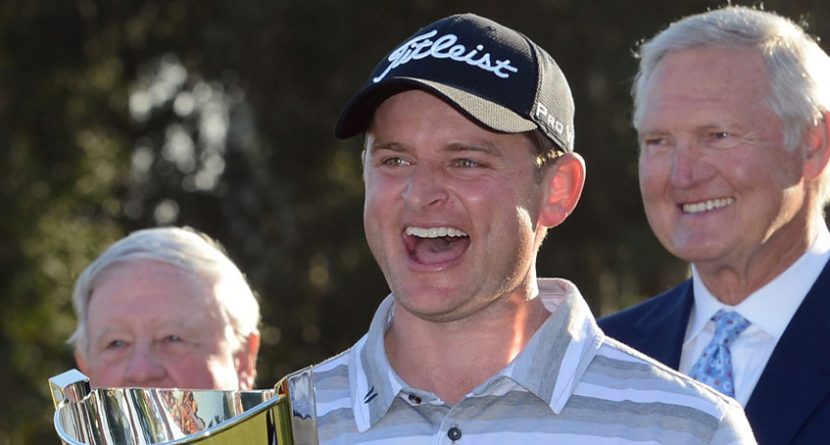 John Merrick captured his first PGA Tour title at the Northern Trust Open after holding off Charlie Beljan in a final round playoff. In the process, he became the first Los Angeles-area born player to win the historic stop.

Let’s take a closer look at what John played and wore during his win at Riviera.

John Merrick has a full equipment sponsorship with Titleist, which provides everything from his driver down to his golf ball. He currently plays the new 913D2 adjustable driver specked-out at 8.5 degrees of loft and with a NV 75 stiff shaft. His fairway woods are also the 913 series, including a 13.5 3-wood with a D-4 setting and a stiff NV 85 shaft. Merrick also swings a 19-degree 913H hybrid with a NV 105 Hybrid shaft, which promotes a high ball flight and increased spin.

As a native of Long Beach, Calif., Merrick comes by his friendly, easy going SoCal nature honestly, making him a perfect fit for Linksoul (http://linksoul.com/) apparel. Founded by golf apparel industry veteran John Ashworth in January of 2011, Linksoul’s mission is to reconnect people the soul of the game of golf. Merrick wore polos from Linksoul’s 2013 collection throughout the week.

Merrick connected himself to the ground and accessorized with FootJoy, wearing the StaSof glove and FJ Icon.