Look of a Champion:~Kevin Streelman 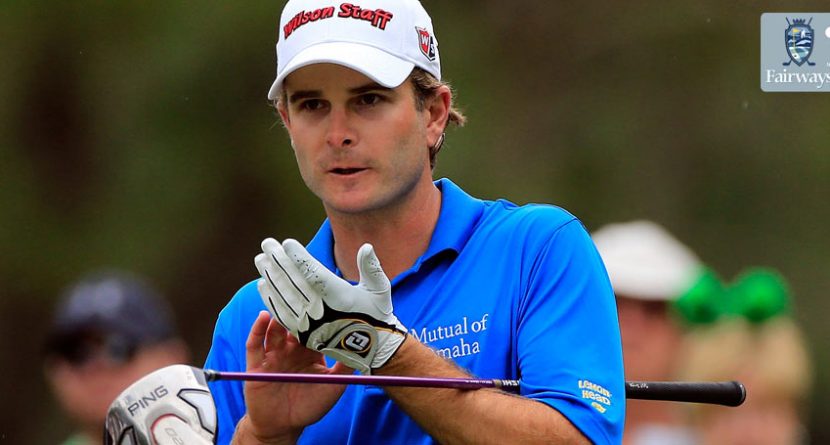 Kevin Streelman won the Tampa Bay Championship on Sunday for his first ever PGA Tour win in 154 starts. Here’s a look at what the Duke Blue Devil take down the Copperhead course at Innisbrook.

Kevin Streelman uses a number of different club makes and models, thanks to his large number of partial equipment sponsorships. His driver is the PING G20 with 9 degrees of loft and a 45-inch Speeder Motore Fujikara 70X shaft. His 3-wood is a 14-degree Tour Edge Exotics CB4 with a 43-inch VTS Proforce by UST Mamiya 80X shaft. Streelman also uses a 17-degree TaylorMade Rescue 5-wood with a Aldila NV Hybrid 105X shaft.

He also trusts his reliable Odyssey 2-Ball putter which he has used for many years, along with Titleist’s Pro V1X golf ball.

The likable Kevin Streelman wore a blue three-button Antigua polo to victory at the Tampa Bay Championship presented by Everbank, paired with cream pinstripe trousers complete with v-cut, and a luxurious belt, presumably sourced from House of Fleming.

Streelman’s last known trousers of choice came from élevée, a high-end bespoke producer of golf trousers for more than 200 touring professionals. Though the company tends to fly under under the radar when it comes brand awareness among consumers, those who utilize élevée’s online trouser customizer swear by the resulting fit and quality.

To complete his winning look, Steelman wore FootJoy’s SciFlex glove along with the timeless FJ Icon.