Maginnes On Tap:~Decision Made, Decision Pending For Long Putters 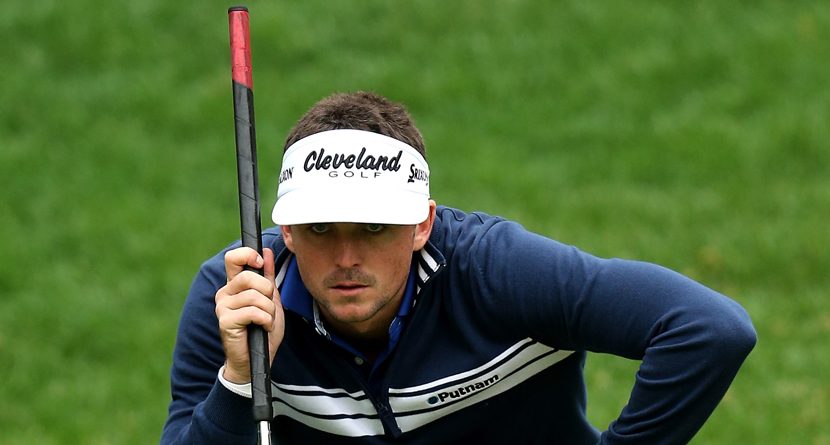 After considering a proposal that would limit a putter’s length, the Equipment Standards Committee of the United States Golf Association decided that long putters, such as the one used by Orville Moody, the Senior Open Champion, conform to the Rules of Golf. The committee believes that instead of being detrimental, they enable some golfers to play the game who otherwise could not.

Because this article was written during President George H. W. Bush’s term, it has been buried and has not been used for ammunition against the current regime at the USGA. Sure, they could argue that long putters and “anchoring” are two different things. They could argue a lot of things. What they can’t argue is that this issue was, in fact, studied and discussed and publicly resolved by golf’s governing body. And then there are the other two quotes in the article that really destroy any argument the USGA can make.

The first is from Bloch, who says, “If long putters enable more people to play without jeopardizing the integrity of the game, we believe they should continue to be used.”

But the final quote from former USGA director David Fay hammers home the point and exposes a divergence in philosophy between previous administrations and the current leaders of our sport.

“Putting is a very individual art form,” Fay said. “To inhibit a golfer’s individual style would take some of the fun out of the game, and that’s not why we make rules.”

The article goes on to talk about the fact that Paul Runyan, the winner of two PGA Championships, had used the long putter back in the 1950s toward the end of his career. So here we are, more than a half century later, on the brink of an announcement that will not only fundamentally change the way that many golfers play the game but also screams that the current USGA administration is beholding to no one, not its past nor those it governs.

Current USGA executive director Mike Davis was quoted at the beginning of this process as saying, “We want to be sure that we are looking at all angles and thinking about what is in the best interests of the traditions of the game, the history of the game, and what we think would be good for the game.”

That statement suggests that Davis and his committee believe that their predecessors dropped the ball on this issue.

As previously suggested, this current group has semantics to hide behind and that is the stance they have taken. They can argue they are not considering limiting the length of the putter and that this latest decision is unrelated to the 1989 announcement. But consider this: adjacent to the 1989 article is a picture of Orville Moody standing over a putt, his long putter firmly anchored into his chest. Certainly the argument can be made that his putter will still be legal; he just wouldn’t be able to anchor it. But that argument flies in the face of the facts. To eliminate anchoring will essentially eliminate the long putter.

But what is even more troubling is the seismic shift in the attitude of the USGA. If you want to talk semantics, look no further than the words used by Fay in the previous quote. He used the word “fun” and the word “game” in his assertions about the long putters and the liberties of players to decide how they want to approach the game. Davis mentions “traditions” and “history” as if somehow the game’s sanctity is as stake.

It would not be at all surprising if the USGA used next week’s spotlight on the game to make its final announcement. Since the USGA made its original announcement about “anchoring” more than a year ago, there has been very little indication that the governing body is going to do anything other than create a rule prohibiting anchoring. Which essentially means taking some of the fun out of the game. Agree with it or not, but do so knowing that previous administrations studied this issue long before it reached this critical juxtaposition and opted to leave it alone.