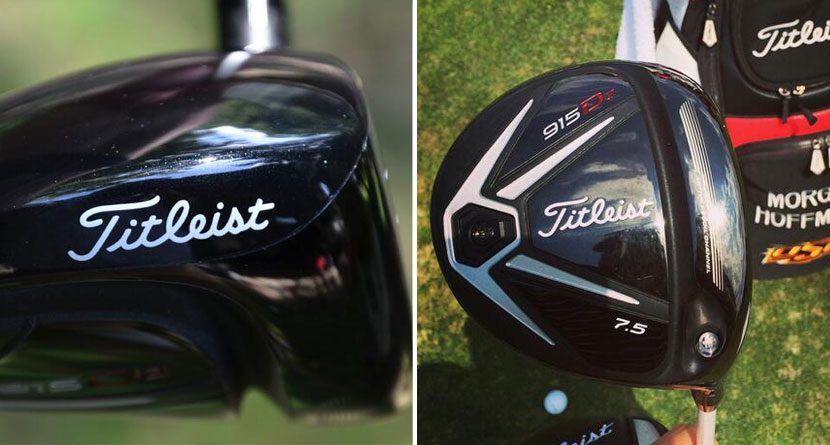 Titleist isn’t exactly the most open company when it comes to new equipment releases, preferring instead to keep matters hush-hush until the last possible moment. However, a slew of social media reports suggest a new Titleist driver is being played by tour players.

The driver – which appears to be a prototype version of the new Titleist 915D – is completely black in color and features an Active Recoil Channel (whatever that is) toward the clubface. According to GolfWRX, the prototype was spotted in multiple players’ bags at this week’s Quicken Loans National Championship at Congressional.

According to @Titleist, 18 of its 29 full-line players in the field at @QLNational switched into the new 915 drivers. pic.twitter.com/VmmPq654Tl

Here is your first look at the Titleist 915 D2 driver. It was seen on the range this week… with a slot! pic.twitter.com/J1PkGXKNKx

Ready to roll in Indiana… 915 in the bag #send @TitleistonTour @Titleist pic.twitter.com/SI74r6kdvZ

As more and more of these drivers begin to pop up on tour, there is no doubt amateur golfers will begin drooling as they await more news on a release date from Titleist.