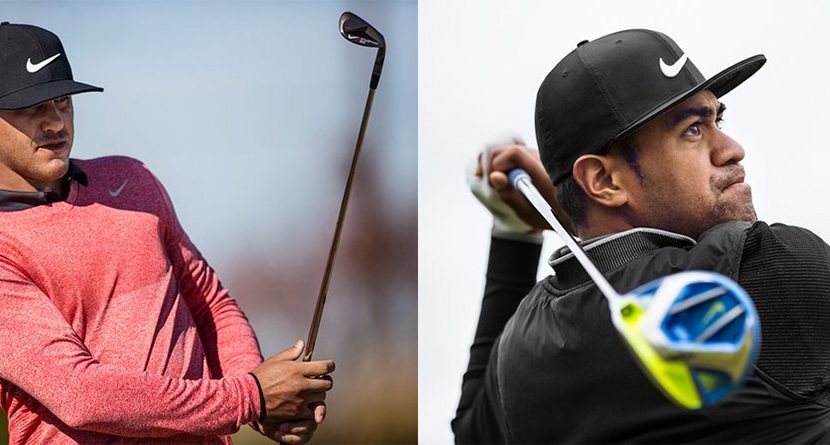 Nike Golf announced on Monday that they would be bringing in some new faces in 2016, signing Brooks Koepka and Tony Finau to their stable of Tour staffers. Koepka, the 16th-ranked player in the world, and Finau, ranked 88th, headline a group of 14 players who inked deals with the swoosh in the first few days of the year.

“Nike is an iconic brand,” Koepka said in the release. “All these great, legendary athletes, such as Kobe Bryant, seem to be with Nike. I’m lucky enough to represent the best company in the world. I’m excited with what Nike will do in the future for the game of golf [and] I know that this partnership will help me achieve my personal goals.”

“The best athletes in the world play for Nike and I’m glad to add my name to that list,” Finau affirms. “I look forward to striving for greatness as a lot of Nike athletes have. I know innovation is a big part of Nike and changing the mold, changing the game — that’s what drew me to the Swoosh.”

Koepka and Finau fit into the mold Nike has been putting together in recent years, reaching out and signing up-and-coming stars who fit into their narrative of the athlete’s golf brand. Koepka comes to Nike from Titleist and Finau was most recently endorsed by Callaway. Both will use a full 14-club arsenal of Nike equipment while also putting Nike’s RZN prototype golf ball into play.

Koepka immediately becomes the second-highest ranked member of the Nike stable behind World No. 3 Rory McIlroy.