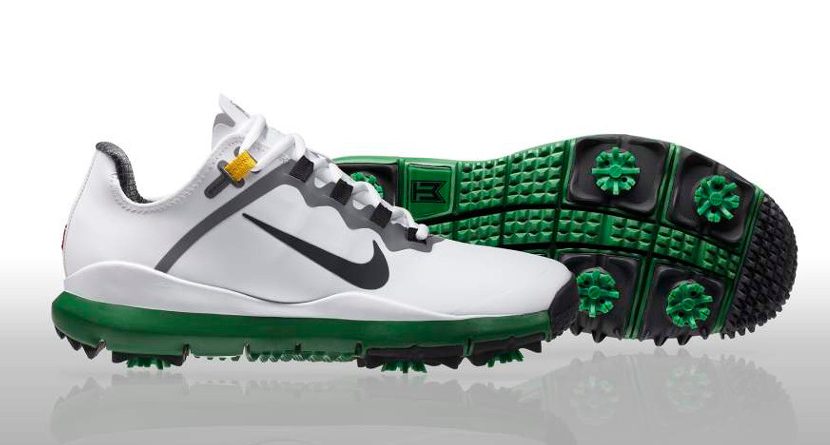 To commemorate  the season’s first major, Nike Golf has released a limited edition version of its TW ’13 golf shoe.

The Nike Free Inspired TW ’13 Limited Edition footwear will retail for $179.99 and will be available on March 28. The shoe features a touch of yellow on the top eye-stay and a hint of red on the TW logo to compliment the Augusta green sole and Softspikes. This is a pretty handsome looking shoe.

Lee Walker, Nike’s Footwear Product Director, explained where the inspiration for their new design originated. You won’t be surprised; the inspiration behind the Nike TW ‘13 footwear began with Tiger Woods himself.

“The NIKE FREE Inspired TW ‘13 has done exceptionally well at retail with consumers raving about the performance of the shoe,” Walker said. “Since its debut, we haven’t been able to keep the TW’13 in stock.  We decided to release a limited edition version to celebrate the first major of the season.”

The shoe’s outsole is designed to contour to the natural shape of your foot to provide maximum comfort and traction during your round. They are also completely waterproof.

As for Tiger himself, however, Nike made him a special edition shoe: the Air Force 1 Downtown “The Masters 2013″ Tiger Woods PE. Check these bad boys out, which Woods shared on Facebook.