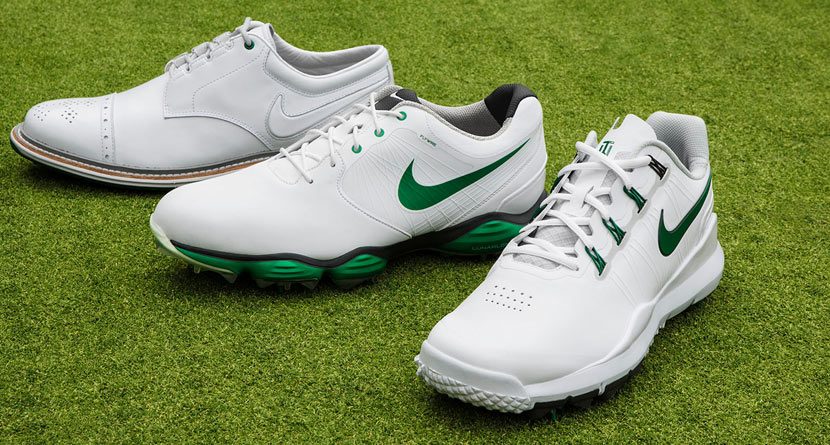 With the first major of the year coming up in a few weeks at Augusta, we’ll be seeing a bevy of Masters-inspired gear from some of the top golf brands around the world. Nike Golf just introduced new limited edition Masters golf shoes, which will be worn by the likes of Tiger Woods and Rory McIlroy in two weeks.

Tiger’s new TW ’14 received an Augusta makeover, along with Nike’s Lunar Control and Lunar Clayton, all of which feature green accents throughout the shoe. It remains to be seen exactly who else will be wearing these newly designed shoes, but it’s clear Tiger will be wearing his trademark shoes, as well as Rory sporting the Lunar Control, as he has in the past.