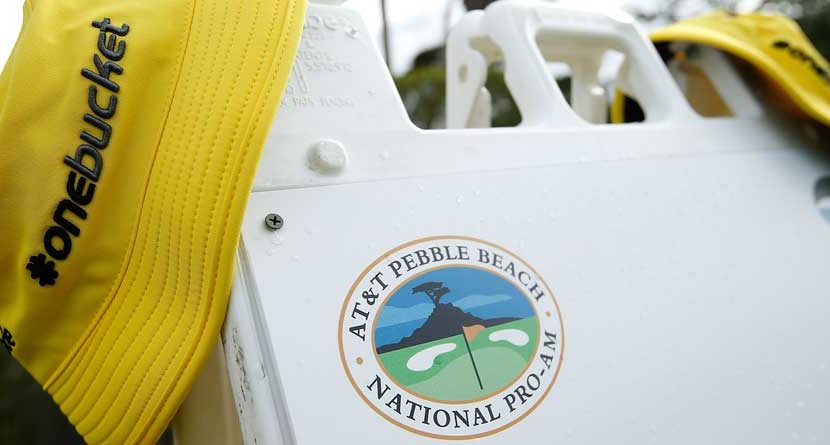 TaylorMade Golf made its presence felt at the AT&T Pebble Beach National Pro Am, and as Coldplay’s Chris Martin is wont to say, it was all yellow.

Bright yellow bucket hats signaled the PGA Tour launch of TaylorMade’s new Rocketbladez irons, and were worn by both celebrities (Josh Duhamel and Oliver Hudson to name just two) and professionals alike throughout the Crosby Clambake. Once a trademark look for the likes of Jim Colbert and Kirk Triplett back in the day, this sou’wester-like incarnation carried significance beyond the promotion of what’s proving to be a very popular new iron introduction for TaylorMade.

For anyone, be they professional or amateur making a hole-in-one on the iconic par-three 17th hole at Pebble Beach wearing the highlighter yellow headgear during tournament play would win $100K dollars for charity, with half going to the charity of their choice and the other half to the Monterey Peninsula Foundation, the tournament’s official charity. Unfortunately, no aces were made though TaylorMade insured up to 10 hole-in-ones from Thursday-Saturday for a total of $1 million dollars, just in case.

The yellow bucket hats come emblazoned with #onebucket, a Twitter hastag referencing a promotion that provides golfers with a free bucket of practice balls when trying either of TaylorMade’s new RocketBladez or RocketBladez Tour irons. The company’s National One Bucket Challenge runs through March 3.