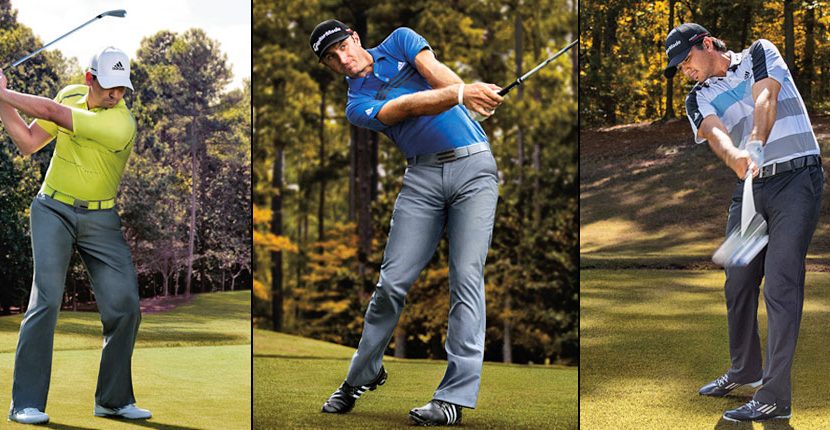 As with other golf apparel company scripting this week, adidas Golf will outfit its players with clothing made to withstand the unpredictable weather at the 2014 Open Championship.

Jason Day, Sergio Garcia and Dustin Johnson will all wear select styles from the new adidas Golf puremotion apparel line, featuring flex-rib technology. The new puremotion Tour climacool flex-rib polos offer both superb style and advanced features such as a bonded shoulder seam and flex rib panels on the sleeves, shoulder or back for total freedom of movement in the most flexible golf shirts adidas Golf has ever created.

In terms of footwear, Sergio will once again rely on the adizero one golf shoe – which he has worn all season – while Dustin and Jason prefer the pure 360 golf shoe style.