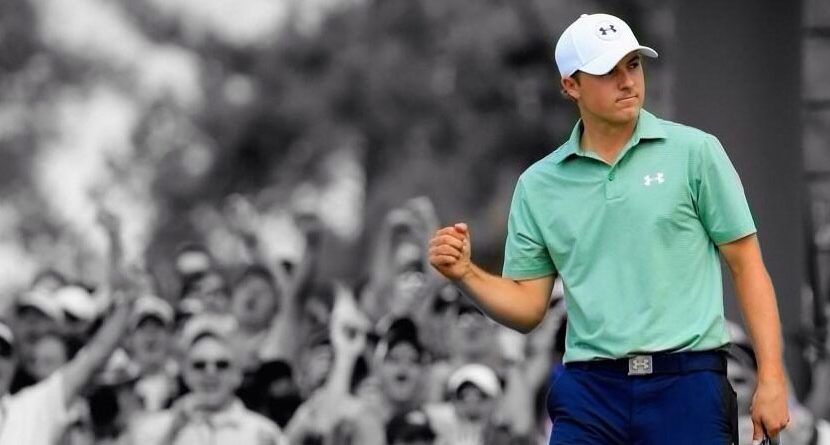 Under Armour has released its player scripting for next week’s 2014 Open Championship to be worn by Jordan Spieth, Hunter Mahan and Gary Woodland.

Weather at The Open can be unpredictable, so having the proper gear is vital to a player’s success in the tournament. As you can see by the items each player will wear during the week, Under Armour has equipped them with apparel to battle the elements in style.

Jordan, Hunter and Gary will each have a rotation of Under Armour’s new Heather, Gimmie Boxes and Coldback Player polos to keep them comfortable throughout their rounds. Each shirt features technology to regulate body temperatures when the pressure is high and to keep players steady when the wind picks up.

Each outfit will also feature Under Armour’s Matchplay Pants, designed to whisk water away from the player without compromising style and appearance. The new Webbed Belt completes the ensemble nicely.