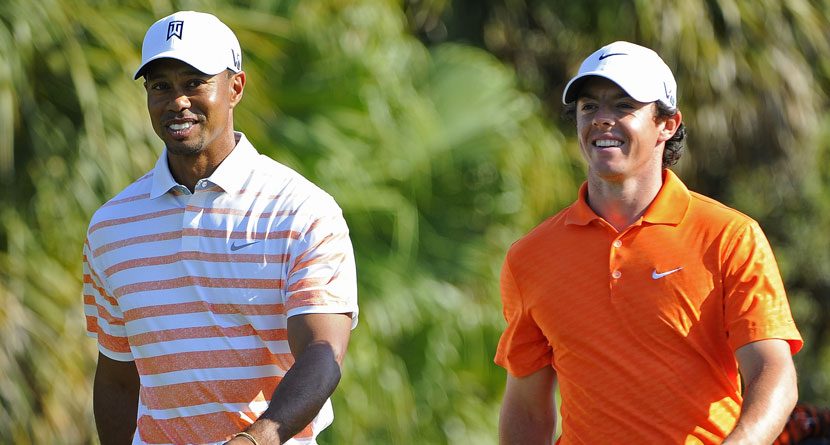 The weather at this week’s 2014 PGA Championship is forecast to be hot and muggy, so Nike Golf is outfitting its players with technology designed to keep them cool.

Here’s a rundown of what some of the biggest Nike Golf names will be wearing all week at Valhalla. McIlroy will start and finish the week in the Lightweight Nike Innovation Color polo ($75) the same design he won in at the 2014 Open Championship in addition to Friday and Saturday’s Nike Innovation Two Color Jacquard polo ($75) in Light Magnet Grey and Photo Blue. McIlroy’s modern look is tied together with colorful and coordinated Flat Bill Tour Caps ($30). He’ll complete each look with the Modern Tech pant ($80), Sleek Modern Plaque belt ($50) and Nike Lunar Control footwear ($160). Coordinating his hyper bright colors, Watney will wear the Nike Innovation Speed Stripe Polo ($80) in black with pops of Volt on Thursday and that same polo in white with pops of Photo Blue on Saturday. Relying on Dri-FIT fabrics head to toe throughout the week, Watney will wear the Nike Speed Print Polo ($75) on Friday and Sunday – pairing them with the Flat Front Tech Pant, Nike Tour Flat Bill cap and the Nike Lunar Control footwear. Driver and ball: Nike VRS Covert 2.0 and Nike RZN Platinum.