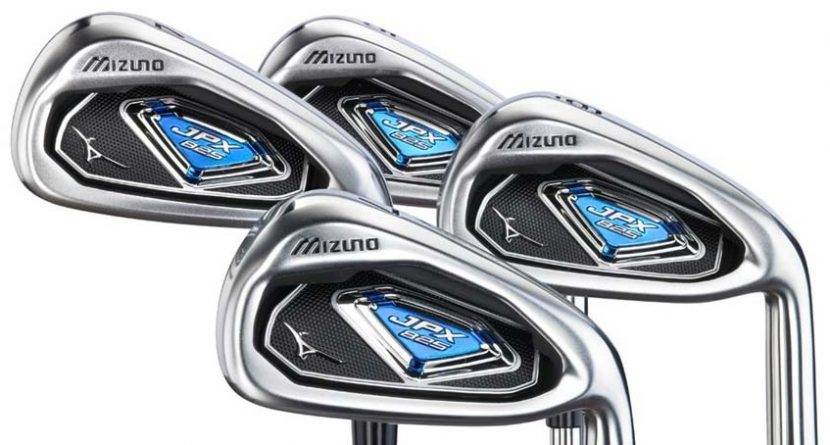 Since my days as a bag-toting caddie, I’ve been a long-time fan of Mizuno irons, so I was more than happy to take a closer look at their new JPX-825 series for 2013.

Marketed as the most forgiving club Mizuno has ever produced, the JPX-825 is solid in both appearance and performance. The clubhead features an extremely thin face utilizing Mizuno’s MAX COR Technology that helps drive the golf ball on a penetrating path toward your target.

The cavity-back design also forces the weight of the club to the perimeter of the clubhead, increasing the club’s forgiveness and distance control regardless of where you make contact on the face.

Designed for handicaps between 10 and 28, the JPX-825 irons will definitely help you get the ball airborne if you struggle in that area. I found the clubs to be a bit heavy in comparison to my forged irons but a full club longer in distance. When hit pure, I found that I could hit the ball much higher than I’m accustomed to, which would take a few rounds to adjust. This is not to say the distance or ball flight is a detriment to your game; you’ll just be surprised at how different these clubs will seem compared to your current set.

Mizuno also unveiled its new “Play Famously” campaign to roll out the JPX-825s by touching on the role amateur golfers play in driving the golf industry. The premise of the campaign is to give an “Average Joe” player a firsthand look at being a pro golfer. The first amateur to be chosen for “Team JPX” was Lee Baughman, a 16-handicapper from Pittsburgh. In addition to receiving a ton of new equipment from Mizuno, Baughman will also receive golf lessons from a PGA Master Instructor and a chance to compete in September’s inaugural “JPX Invitational.” He even participated in a press conference with Mizuno staff player Luke Donald.

“The passion of amateur golfers is at the heart of our sport.  It’s what drives our sport and it’s really special that Mizuno is going to these lengths to celebrate them with this campaign,” said Donald. “Let’s be honest, I don’t think any of us pros are at risk of losing our jobs. For guys like Lee, consistently breaking 90 can be life-changing, and the right equipment makes all the difference.”