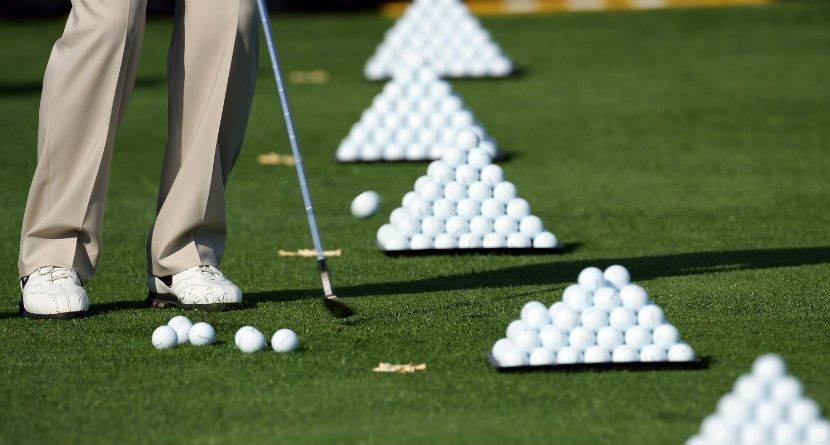 When the Shriners Hospitals for Children Open tees off Thursday at TPC Summerlin in Las Vegas, Nev., the golf world won’t only be following the leaderboard. Golfers will also be keeping a close eye on which players may be playing the next generation of the Titleist Pro V1 and Pro V1x golf balls.

This week begins the seeding and tour validation process for new prototype Pro V1 and Pro V1x golf balls, according to Titleist.

PGA Tour players received white-boxed prototypes earlier this week and, while that’s all we know for now, past iterations indicate that we’ll have a full release at the annual PGA Merchandise Show in January.

Golf writers in town for the Shriners were able to capture a few images of the new pearls:

Titleist isn’t saying much about the next edition of the highly successful Pro V1 line but we do know that the tour validation process is a crucial step in the creation and marketing of the balls — so it’s likely sooner than later that we get to know more about the next Pro V1 and Pro V1x.