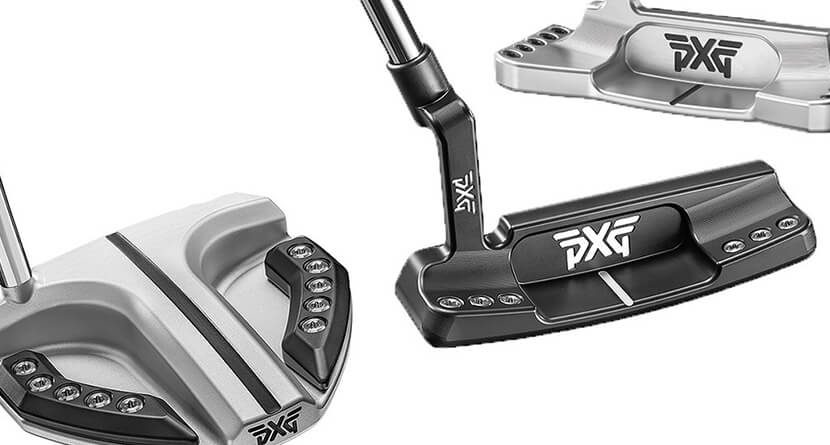 Parson’s Xtreme Golf has been pushing the envelope on golf club design since the company was founded in 2014. Their pride and joy has been the Thermoplastic Elastomer (TPE) technology, which is inserted behind the face of their irons to “improve sound and feel but also kept the ultra-thin face from deforming at impact, producing an efficient energy transfer that resulted in higher ball speeds.“

Now, PXG has used that same TPE technology in their next wave of products: putters. The Scottsdale-based equipment start up made a splash at the beginning of this season by signing a stable of 12 professional golfers to play their equipment in compeition, including reigning Open Champion Zach Johnson and former FedEx Cup winner Billy Horschel.

The irons and medal woods have been received to much acclaim, but when the PXG staffers got on the putting surface, the trademark tungsten weighting was missing. Guys were using their SeeMore putters, their Odyssey’s and their Scotty Camerons. With the release of 11 milled insert putters with TPE technology, expect that to change.

PGATour.com’s Jonathan Wall has the details.

“One of the ways people judge putters is through impact sensation, how it feels coming off the face,” said PXG chief product officer Brad Schweigert. “We realized through the development of the irons that the TPE technology plays a big part in improving feel — it helps take away any of the inherent vibrations and makes the putter feel very solid.”

Each putter features a hollow cavity that’s filled with TPE and sits right behind a 304 stainless steel face insert. When the TPE and face insert are combined, the putter produces a “soft, solid feel” at impact, and helps with consistency across the entire face.

“For me, I wanted something that felt soft but the ball didn’t come off soft,” said TOUR winner Billy Horschel, who switched to the insert version of the Mustang earlier this season in Phoenix. “I wanted to still have it come off with the same speed that I’m accustomed to. I can feel the face, meaning if I just miss it off the toe, I can tell the difference between a center strike and a mis-hit.”