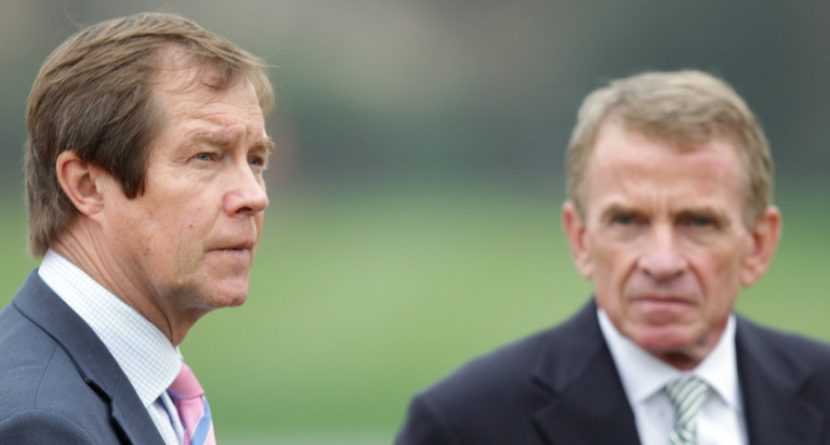 As the sides continue to take shape in the battle over the proposed ban of the anchored stroke, it appears the game’s governing bodies will have an ally in the European Tour.

According to a report by The Telegraph, that tour’s chief executive George O’Grady will announce his organization’s support of the proposed ban this week.

O’Grady spoke with PGA Tour commissioner Tim Finchem while in Arizona for the WGC-Accenture Match Play championship. The two likely spoke about their positions before Finchem took the media center and national TV to share his tour’s opposition to the proposed ban.

A 90-day comment period on the proposed Rule 14-1b ends Thursday.

Now, for those keeping score, the PGA of America and PGA Tour do not support the ban. The governing bodies and the European Tour do. Maybe the deciding vote is Augusta National — the game’s de facto third governing body.

Regardless of the position of the club that hosts the Masters, a lack of agreement on anchoring and its legality could create some sticky situations for pros. The USGA and R&A would certainly ban anchoring at their championships, including the U.S. Open and Open Championship. The PGA of America could conceivably allow it at the PGA Championship and Ryder Cup. The PGA Tour could allow it at all of their sanctioned events, but may run into a road block in the form of the European Tour in their four co-sanctioned events.