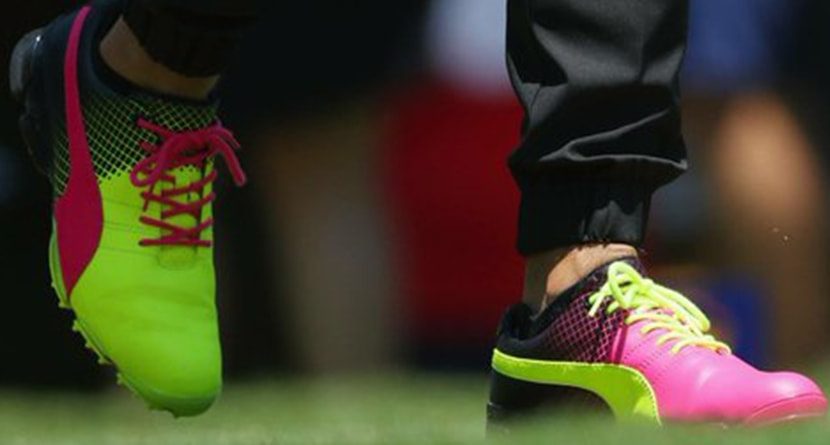 Rickie Fowler and Rory McIlroy came into the Players Championship as two of the favorites to take home the crystal trophy. After Thursday, however, they turned the golf tournament into a fashion firestorm.

Fowler, who’s known for his bright outfits and fashion-forward style, still managed to make waves with his TITANTOUR IGNITE shoes from PUMA.

While the shoes aren’t totally out of character for Fowler, McIlroy’s fashion statement on Thursday was more of a surprise. The four-time major champion showed up on the range at TPC Sawgrass in an outfit that could be found in Fowler’s closet.

Rory wearing orange and grey. I like the joggers and the high tops! @McIlroyRory #THEPLAYERS pic.twitter.com/EK784Jr91m

Not only did McIlroy debut Nike’s Air Max 90 shoes, but he sported a pair of joggers, made famous by — you guessed it — Fowler.

These are interesting fashion times on Tour, indeed.