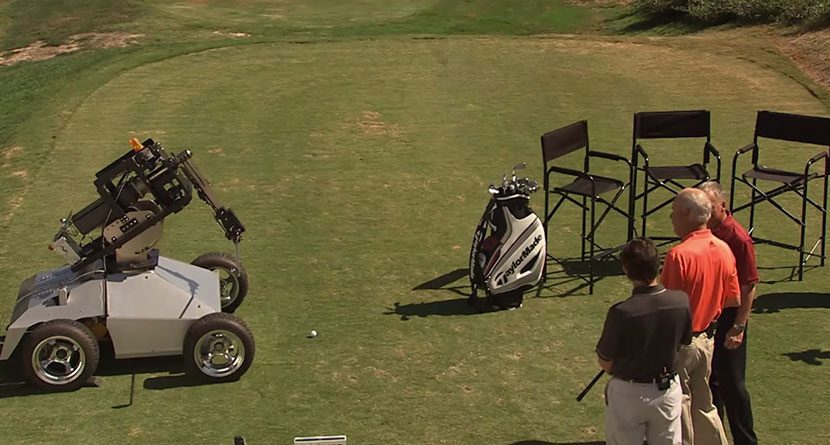 When TaylorMade claimed that its new RSi irons can help golfers guard against mishits and maintain distance no matter where on the clubface impact was made, they weren’t kidding.

That’s the new TaylorMade RSi — a 6-iron, to be exact — hitting three separate shots from 175 yards out. As you can see, distance was almost precisely the same whether RoboPro hit it off the center, toe or heel.

The idea for the RSi series, of course, works to lower the astonishing 76 percent of shots — from us amateur golfers, according to a TaylorMade report — that are mishit. The iron, combines TaylorMade’s “Speed Pocket” technology introduced last year with new “Face Slot” technology, which helps guard against those terrifying off-center hits.

The RSi 1 and RSi 2 irons were available starting Nov. 14 while the RSi TP irons will be available Jan. 15.