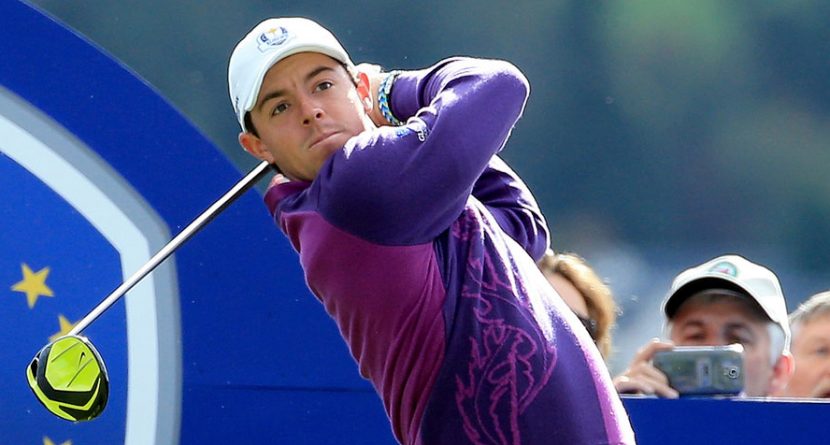 Rory McIlroy has made a change in his driver for this week’s 2014 Ryder Cup matches: the new Nike Vapor Pro.

McIlroy has been toward the top of the list in almost every driving stat this season, routinely bombing 330-yard drives with the greatest of ease by way of the Nike Covert 2.0 driver. However, in what some might consider a surprising move, the Northern Irish superstar has put the latest driver from Nike in his bag this week.

We’ve been busy at The Oven this summer. And we didn’t stop at irons. #TheresAlwaysBetter pic.twitter.com/GX5MNFgfGT

“The first thing I noticed when I hit this driver was how hot it was,” McIlroy said in a press statement. “Then, I found that I could really control the flight and work it both ways on the golf course. I saw added ball speed on the monitor and am getting 10-15 yards more distance on the golf course this week.”

Giving this guy an extra 10 or 15 yards with his new Nike Vapor Pro driver could spell bad news for the Unites States Ryder Cup team.

The new Nike Vapor Pro driver will be available in a golf store near you starting January 2015.