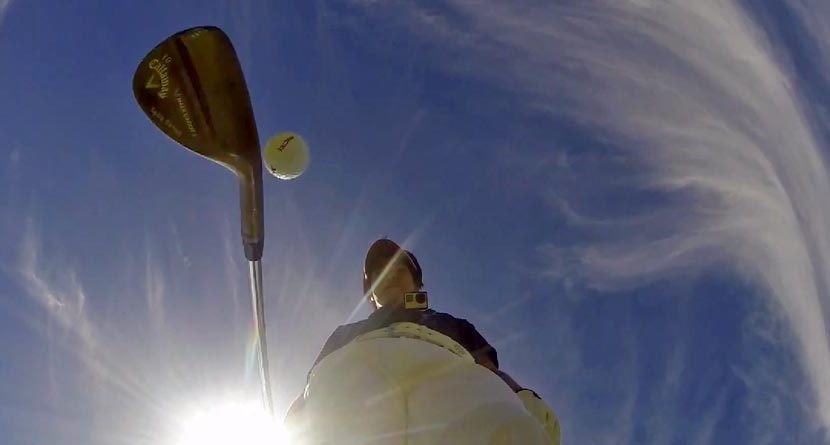 Juggling a golf ball could be considered an art — especially when you’re good at it.

Ryo Ishikawa falls under that category, and he showed off his talent for the cameras … well, the GoPro cameras.

Watch him juggle in this awesome video set to even cooler background music. And make sure you watch the whole thing.

He just had to go and mess it up at the end. So much for the cherry on top, right?

That’s like sticking an iron shot to a foot and missing the birdie putt. Ouch.

It turns out that the finishing shot wasn’t the only blunder during the shoot. Ishikawa missed a few others, but he did pull off the toss-up shot in the blooper video.