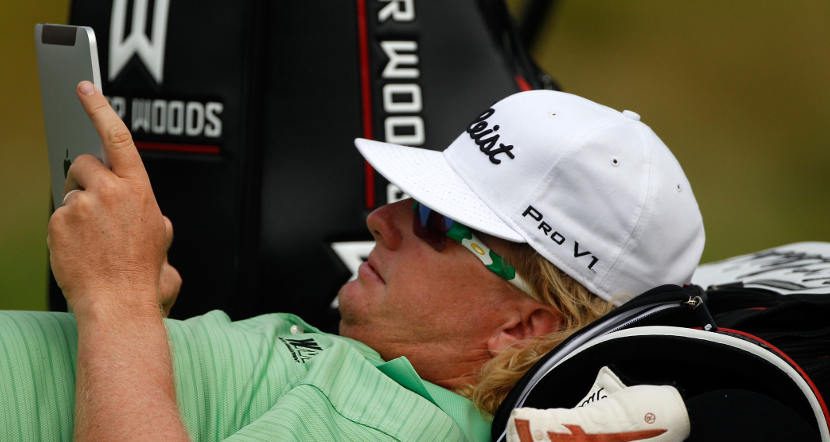 While millions will be plunked down on their couches for most of the next week to enjoy the Masters, many more will want to follow the action from Augusta National away from home.

iPad owners have a bevy of app options to select from to watch and experience the year’s first major. Here are our picks: The Masters does mobile right, and the official iPad Masters app is an exceptional companion to the tournament. Users can follow the tournament leaderboard, catch up on the latest tournament news from Masters.com staffers, take a virtual tour of the grounds and learn the history of Bobby Jones and Alister Mackenzie’s masterpieces.

Of course, users can also watch the Masters live on myriad channels: the network broadcast on CBS, the Par-3 Contest Masters In-Depth, two Featured Group channels, Amen Corner, 15 and 16, as well as coverage from the practice range.

The worldwide leader broadcasts the first two days of the Masters, as well as Wednesday’s Par-3 Contest. If ESPN has an agreement for digital streaming through your cable or satellite provider, you can watch Masters coverage on ESPN through the Watch ESPN app. This is biggest week of the year for the Augusta Chronicle sports department and, every year, they take the lead in covering the Masters. The Chronicle has released a companion app for their coverage, and it’s wonderful. The app has weather and leaderboard updates and the very latest from their staff, but the app really shines as a historical companion — complete with tons of of photos from the tournament’s illustrious past and its connections to the city of Augusta.

Of course, Twitter is like having a booth of a couple hundred thousand people calling the action at Augusta at the same time as you. For reaction to what’s unfolding to the inside scoop from reporters on the ground (who ironically can’t read your reaction on the course; no cell phones allowed), Twitter is perfect for big events like  this.