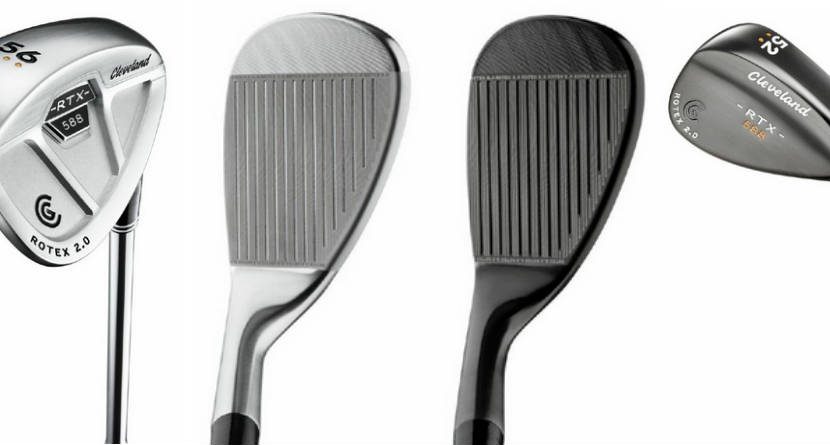 With last year’s 588 Rotex wedges, Cleveland Golf changed the way golfers think about their scoring clubs and game inside 100 yards after the USGA’s groove rule came into play in 2010. This fall, it has done it again with the new 588 Rotex 2.0 wedge series.

At first glance, the new Cleveland 588 Rotex 2.0 wedges look similar to their predecessor in build and color options (tour satin or black satin). Even the unique groove pattern seems familiar, which puts an incredible amount of spin on the golf ball (more on that later).

The biggest difference in the Rotex sequel is what is more like a fine-tuning of all the variables that made the original series so great. Players will have a blade or cavity back option from which to choose, along with a wide range of lofts (46- to 64-degrees), sole grinds and head shapes.

Remember when I said these clubs can spin the ball? That might be an understatement. Like the original wedges, the RTX 2.0 wedges feature Cleveland’s Tour Zip Grooves but this latest iteration has been cut 8 percent deeper.

In fact, during my round with the Rotex 2.0, I thought my soft-cover ball was spinning too much. I had to throw the golf ball all the way to the hole, knowing the ball would stop immediately. That feature places a premium on distance control and an extremely narrow margin of error.

The wedges are sure to please Cleveland’s tour pros, too, proven below by staffer Graeme McDowell.

Related Link: Does It Drive: Pinata