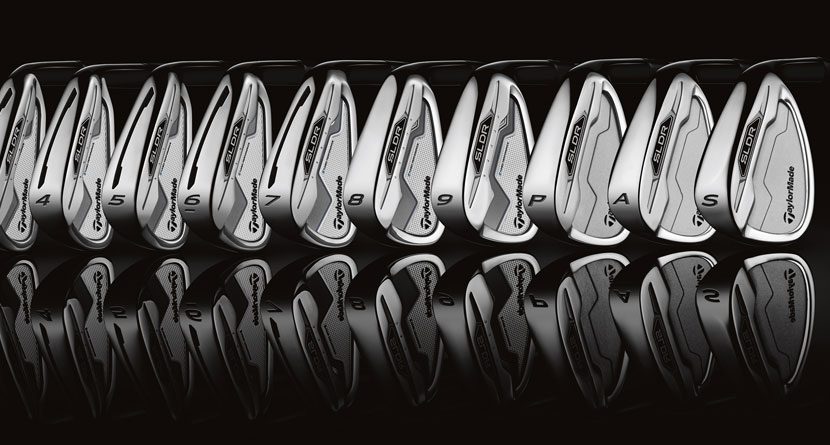 On Tuesday, TaylorMade Golf announced the release of its new SLDR iron series. The newest members of the SLDR family promise massive distance in a modern-classic shape and size.

The secret lies in TaylorMade’s patented Speed Pocket technology, which are inherent in the company’s previous Speed Blade and RocketBladez irons. The pocket consists of a 2mm-wide slot cut high up behind the clubface and acts as a “trampoline-like” effect at impact. The result is distance unparalleled by competing clubs.

“Golfers want to hit their irons far, which has put us on a path to engineer iron sets that have driver-like face speed,” said Tomo Bystedt, TaylorMade’s Director of Product Creation for Irons, Putters and Wedges, in a press release. “To find that speed, we created ultra-thin faces, introduced Inverted Cone Technology and now an enhanced Speed Pocket with ThruSlot Technology. The ThruSlot extends all the way through the bottom cavity, and works in conjunction with the ultra-thin clubface and deep undercut to promote tremendous face-flex at impact.”

The SLDR irons feature a thin topline that will appeal to better players and fans of the traditional iron look. The technology in each iron makes them usable by a wide range of handicap levels, from high-handicap golfers to tour pros.

Available in June, the TaylorMade SLDR irons will retail for $899. Wedges will be sold separately for $119 apiece. Learn more about these exciting clubs at TaylorMadeGolf.com.