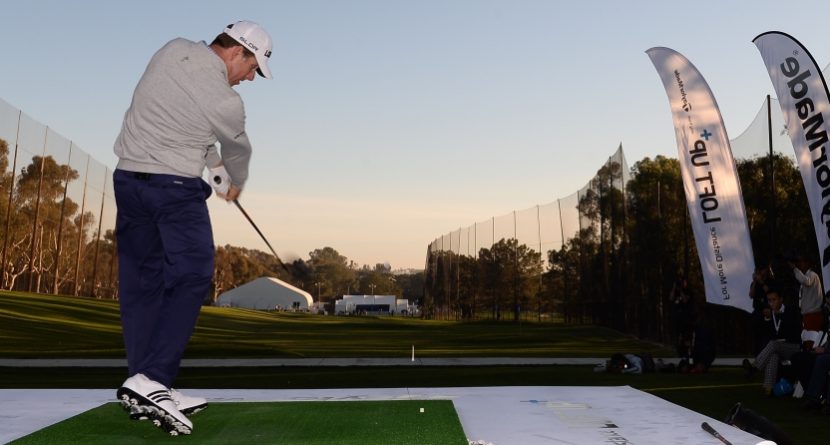 Prior to this week’s Farmers Insurance Open on the PGA Tour, TaylorMade hosted a “Loft Up” event on Monday to demonstrate its breakthrough discoveries in driver technology.

Using Tour player distance data acquired from 1990-2013, TaylorMade showcased the patterns of distance gain, and where future decades are advancing. Tour players, including 1997 Open Championship winner Justin Leonard and 2009 U.S. Open Champion Lucas Glover, were on hand for the exhibition and spoke to the benefits of their new drivers.

They also hit drives from an elevated platform while shots were broadcast on a large video screen. The event also featured a swing robot to help showcase the advances in drivers – particularly TaylorMade’s new SLDR, which is the No. 1 driver on the PGA Tour.