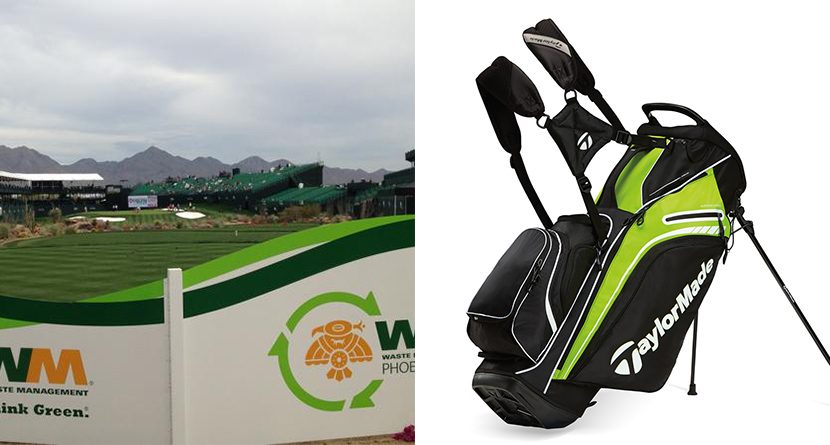 As you’re watching all of the craziness ensue at TPC Scottsdale this week during the Waste Management Phoenix Open, keep an eye out for an interesting new bag.

TaylorMade has equipped its Tour Staff caddies with new and lightweight Supreme Hybrid carry bags. Through the many years — and caddie races — at the 16th, caddies were forced to carry those cumbersome staff bags. In making the switch to the Supreme Hybrid bag, TaylorMade is lessening the load for the guys on the bag. The new one weighs in at just five pounds.

Despite the size, the new bag offers just as much storage as the standard bags — and the proof is in the pudding. All told, there are 40 players using the bag this week.

So, while there may not be any caddie races planned this week in Scottsdale, just know that if there were, the TaylorMade Tour Staff loopers would be the favorites in the pack with their new Supreme Hybrid bags.