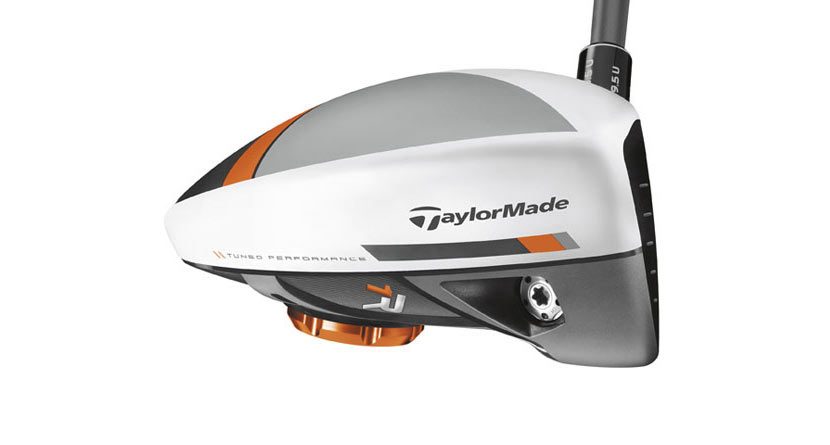 In the last few months TaylorMade has made some substantial claims.

With the recent success of U.S. Open champion and the world’s No. 2 player Justin Rose, those claims have been backed up.

The golf manufacturer said that its most recent release of irons — the RocketBladez (read our review here) — ‘changed the iron forever.’

And in the case of Rose, who plays the brand’s tour Bladez, they might be right.

With its most recent driver release, TaylorMade said that 80 percent of golfers are playing the wrong loft in their driver.

Don’t count Rose, who won at Merion Golf Club with the R1 in his bag, among them.

While the first claim will undoubtedly take some time to become fact, the second is based off of data from TaylorMade’s own club-fitting system.

That’s precisely why TaylorMade designed its new R1 driver to include more adjustability than its previous R11S.

The recently launched TaylorMade R1 driver offers golfers a four-degree range of adjustability. The increased range allows for for up to 12 different loft settings.

Now, golfers who choose to play the latest TaylorMade driver have no excuse for not playing the right loft — and improving their game.

There’s plenty of buzz surrounding the R1 driver and much of it is concerning the loft options.

Different from its predecessor — the R11S — the R1 is full of adjustability.

The additional lofts available in the R1 are because of TaylorMade’s new and improved loft sleeve, which allows for adjustability in .5-degree increments as opposed to last year’s R11S, which allowed for incremental adjustments of 1.5 degrees. The end result? More loft options, meaning golfers can dial down to the exact loft that best fits their swings.

The decision to add more lofts is two- fold for TaylorMade. First, the manufacturer wanted to remedy the 80- percent issue. More lofts means more chances for golfers of varying skill levels to get it right, I suppose. Secondly, the loft options keep the R1 down to one model. That one model can be tuned to fit touring professionals and amateurs, alike.

So, what do all the new loft options do, exactly? I’m glad you asked.

The TaylorMade R1 driver takes the R11S from a year ago and kicks things up a notch, according to most reviews online. The R1 reportedly generates slightly more ball speed and less spin than its predecessor. The improvements are thanks to a lower center of gravity.

According to the official R1 review on GolfWRX.com, the adjustability options and the improved — and ‘more forward’ — center of gravity work hand-in-hand to improve launch conditions.

“The added loft settings are extremely important because of the R1′s lower, more forward center of gravity, as most golfers will underestimate the amount of loft they’ll need for optimal launch conditions. And the face angle adjustability is a necessity as well, because a 1-degree change in loft on the R1 will result in a 2-degree change in face angle.”

The other major enhancement to the new R1 drivers involve what TaylorMade is calling ‘shot-shaping movable weights’. The weights are designed to promote neutral flight or draws.

The driver has a pair of adjustable weight ports that control the launch bias. The technology was formerly known as Movable Weight Technology, but as this in-depth review of TaylorMade’s 2013 offerings on MyGolfSpy.com explains, the driver’s Shot-Shape Technology is the same tech with a new name: “It’s semantics…nothing has fundamentally changed, but the new name better expresses what the technology is designed to do.”

The latest and most opinionated buzz surrounding the new TaylorMade R1 driver is over the way the crown looks.

While not necessarily as bold as TaylorMade’s previous decision to move to white-crowned drivers, the black and orange racing stripe and alignment decal sure will generate some eyerolls.

Word is, however, that the R1 wasn’t designed simply as a marketing ploy or to ‘pack a punch.’ Rather, the decal is another tool in the golfer’s toolbox in the form of an alignment indicator. A similar design can also be found on the RBZ Stage 2.

The crown graphics aren’t the only tweaks to Taylor Made’s newest driver model. The face was also made taller than in the R11S, which gives golfers a larger face area.