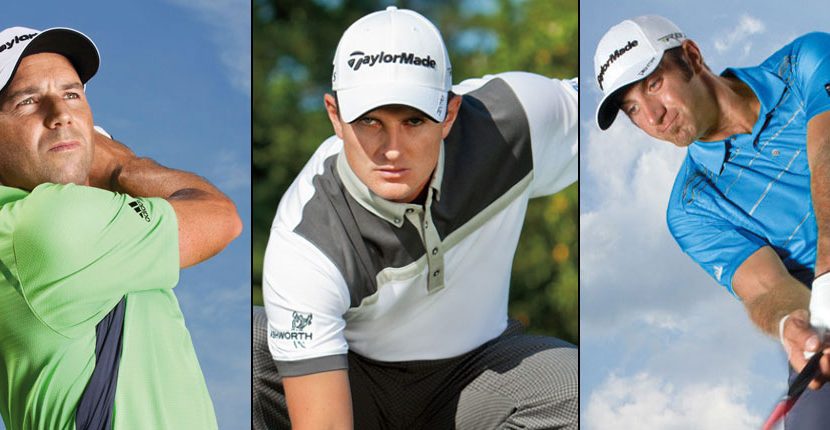 When TaylorMade/adidas released their new climachill golf apparel earlier last month, it was obvious what their big-name Tour pros would be wearing at the U.S. Open. Ashworth is also making a big return to the limelight thanks to Justin Rose. Rosey will be sporting his limited edition Ashworth Majors Collection shirt during his first round at Pinehurst. The shirt is meant to commemorate last year’s victory at Merion, and is available on TaylorMade’s website for $100. Rose will sport additional Ashworth gear throughout his remaining rounds. D.J. is slated to wear solid-colored adidas climachill polos throughout the tournament, which should be appropriate for the muggy, humid North Carolina weather. Each polo features a solid accent color around the shoulders which contrasts nicely with each day’s golf pant choice. He’ll complete each outfit with the adidas pure 360 golf shoes.