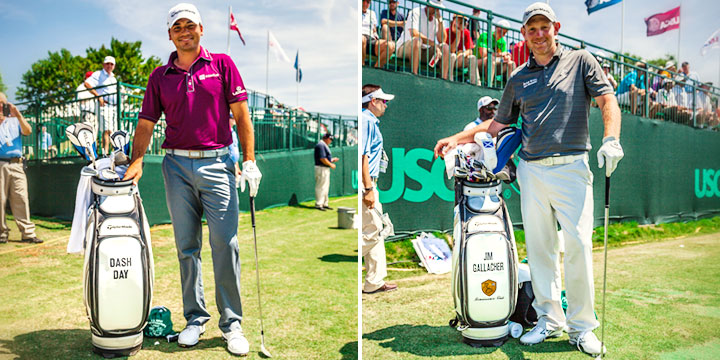 The final round of the U.S. Open falls on Father’s Day each year, and it has given us some great moments to close out the major. It’s one of the great traditions in golf. At the U.S. Open this year, TaylorMade is honoring the Father’s Day tradition in a special way with its staff players.

Several players — including Jason Day, Scott Langley, Stephen Gallacher and Sergio Garcia — will have the name of their father or child on the panel of their golf bag in honor of Father’s Day.

Here are some photos of their new bags: Cool idea by @TaylorMadeGolf this week in honor of Father’s Day! Daughter-to-be getting her name out there pic.twitter.com/0NQRia96qU

Gallacher’s and Garcia’s will feature their fathers’ names while Day’s and Langley’s bags will have the names of their children (or soon to be for Langley).

These four players will be joined by a long list of fellow TaylorMade staff players honoring their fathers and children, as well: