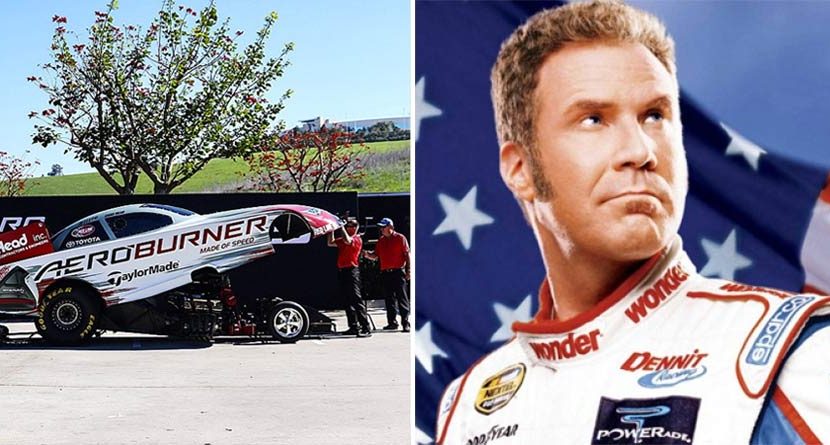 The folks at TaylorMade has long been an innovator in speed, with words like “Burner” and “Rocket” both adorning and describing its products. Now, one of those speed-inducing names will be adorning something much, much faster than any of their golf clubs — an NHRA Funny Car.

“We are excited about the opportunity to showcase the TaylorMade AeroBurner on our Toyota Funny Car and can’t think of a better parallel between the AeroBurner product attributes and the sport of NHRA,” said Chad Head, who will race the TaylorMade car at NHRA’s season-opening Circle K Winternationals in Pomona. “This is a great chance for TaylorMade to introduce AeroBurner to the NHRA fan base.”

TaylorMade, which has ventured out of the golf world to market its products before, decided to sponsor the car because, like the sport of NHRA, [the AeroBurner driver] delivers straight speed performance in the fastest, most aerodynamic driver in company history.”

As part of the announcement, Head even took a couple swings from the roof of the beautiful AeroBurner Car. His swing looks pretty good, too: