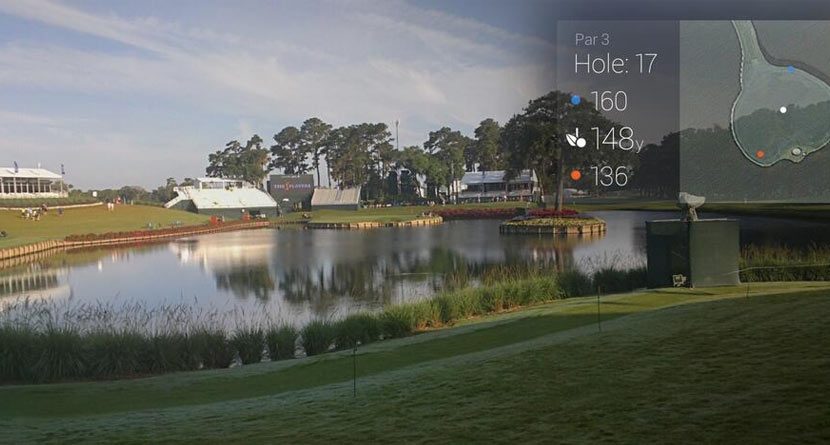 Google Glass and golf just seem like they’re meant to be together, don’t they? We’ve seen golfers trying out the new technologically-loaded eyewear several times, and it seems as if it could be a real game-improvement tool. At the Players Championship this past weekend, Google opened a pop-up shop at TPC Sawgrass, giving players and fans a chance to get their hands on the exclusive product.

At The Players’ Championship Sawgrass? Come hit some balls with us #tpc14 #throughglass http://t.co/Lo4naeZgdq pic.twitter.com/n7sz3AwiYA

Billy Horschel was one of the many who tried out the $1,500 Google Glass, and talked to others about the benefits of wearing it on the course.

An app called GolfSight for the Glass gives golfers distances to locations on the course, as well as scoring and records, which they can share with friends. Although $1,500 is a big price tag for the futuristic glasses, an app like GolfSight could make it appealing to golfers who have the money to spend.

Here’s a look at what the famous 17th hole at TPC Sawgrass looks like through Google Glass:

Will Google Glass be widely popular? Probably. Will everyone buy one with the price tag at $1,500? Probably not. That doesn’t mean it won’t catch fire and change the golfing world, however. Not only is GolfSight a great tool to use on the course, but it can improve playing time by automatically giving golfers distances and keeping score with ease.