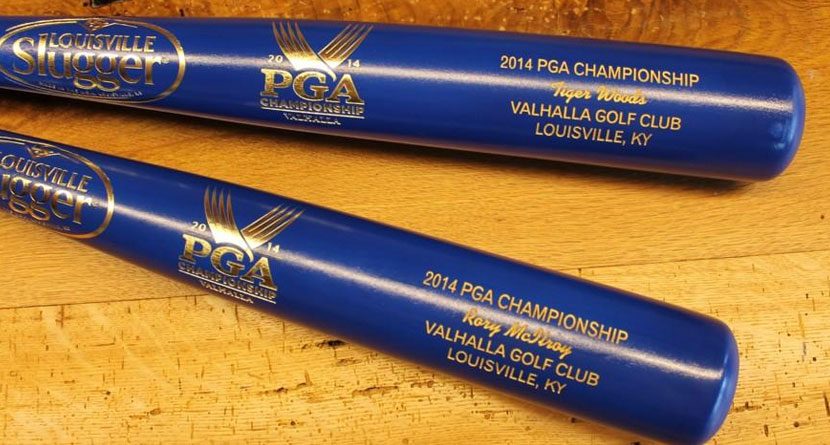 The 2014 PGA Championship tees off this week at Valhalla Golf Club in Louisville, Ky., home of the Louisville Slugger. With golf’s final major in town, the iconic bat makers wanted to give two of the top golfers in the world a special gift during their visit.

Not that either of them will ever need to (or want to) use the bats for any reason at all, but they’ll make for great display items in the house. As long as they can find a spot among their several trophies, that is.

McIlroy tees off at the PGA Championship on Thursday at 1:45 p.m. with Bubba Watson and Martin Kaymer, while Woods (pending a diagnosis of his latest back injury) goes off with Phil Mickelson and Padraig Harrington at 8:35 a.m.