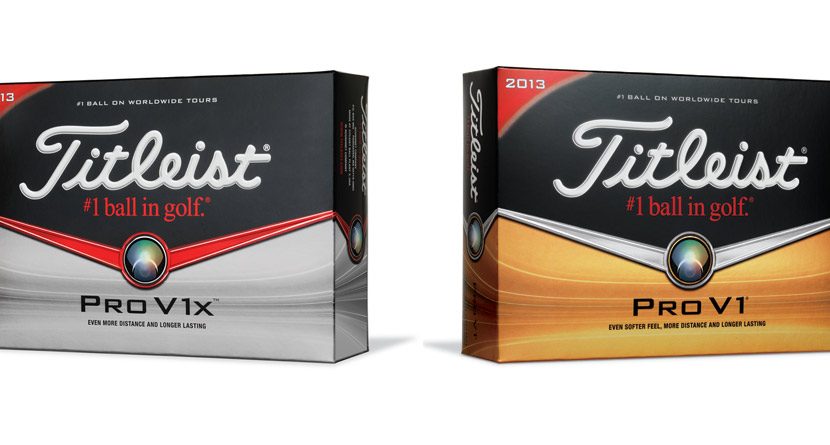 Whether he did so knowingly last week, Lee Westwood uttered what might be one of the stronger testimonials ever for the Titleist Pro V1 golf ball franchise. Here’s the best part: his words were totally spontaneous. All the world’s fourth-ranked player did was react to a question during Titleist’s golf ball workshop at the PGA Merchandise Show in Orlando. No script, no cameras to capture the moment for posterity, just an impulsive Westwood response to a query about the golf ball he’s used on Tour since 1987. It speaks volumes.

“At the Ryder Cup playing Foursomes (alternate shot) if your partner uses a different brand of golf ball we always use the Titleist,” he said. “There’s never a question.” Like his golf swing, Westwood’s timing is impeccable. The European Ryder Cup team member’s affirmation comes as the best selling golf product of all-time moves into new generations of Pro V1 and Pro V1x, the cornerstones of Titleist and its Fairhaven, Mass., parent company Acushnet.

Shipping of the new product to off course retailers and the green grass channel began Friday, Jan. 25. “White box” seeding of both products started last fall on tours around the world. Under the tag line “Performance is every shot,” Titleist once again is extolling the virtues of ball flight consistency, durability and short game responsiveness for its premium golf-ball products. This time around, though, the brand has slightly altered course. It placed a higher premium on consumer’s games.

Bill Morgan, senior vice president of Titleist golf ball R&D believes the team in Fairhaven has come to market in 2013 with Pro V1/Pro V1x product for the masses.

“What is most exciting about this introduction is we’ve made the biggest gains for non-tour players,” Morgan said during an interview. “The durability improvement, the distance gains, these are things which people who don’t play for a living are going to appreciate even more than guys on tour. The best part is it still is a great ball for tour players. They love the new products and many of them put it in play right away. But no question there is a greater distance pick up for moderate or average swing speed guys like us than there is for tour players with this launch. Certainly more golfers will benefit from these versions of Pro V1 and ProV1x than some of the earlier models.”

“The platform for Pro V1 starts with a new ZG process core. It’s the softest compression specification we’ve ever had on the Pro V1,” Morgan says. “When you marry that up with the changes we’ve made to the cover and paint system overall the golf ball is just much softer. It’s also way more durable. Consumers are going to see that right away. As for the softer compression it lowers the spin a little on longer shots so were picking up some distance with all clubs through the bag.”

What about the firmer Pro V1x?

“People who currently use the Pro V1x will see similar advantages,” Morgan says. “Just like we did with Pro V1 we’ve softened the Pro V1x with this new ZG process core technology but it is still a firmer golf ball, has quite a bit less spin especially off the driver and it produces a slightly higher ball flight than Pro V1.”

Interesting at last week’s ball workshop with Westwood and U.S. Ryder Cup team member Zach Johnson was a comparison between consumer and touring pro use of the two products. According to Titleist data, 60 percent of consumers use Pro V1 compared to 40 percent of its worldwide tour staff. Conversely Pro V1x is favoured by 75 percent of tour players and 25 percent of consumers.

“It’s still incumbent on everyone to fit themselves into the Pro V1 that best suits their game,” Morgan says. “That starts on the green then moves backward to the tee box.”

If consistency is the hallmark of any product’s success, the numbers punctuate how embedded the Pro V1 franchise is in the game. Starting in the fall of 2000 when the ball claimed victory in its first week on Tour at the Invensys Classic, Titleist has sold in excess of 50 million dozen Pro V1s worldwide. Around 40 percent of all on-course golf ball sales since then have been Pro V1s and, since tour audits began in March 2001, Titleist ball count continues to run three times higher than all other brands combined and nine times bigger than its closest competitor. Perhaps most impressive: at some point this season: Pro V1/Pro V1x will record its 2000th worldwide tour victory.

Morgan is humbled by the statistical data and the many accolades the Titleist ball franchise has received but he’ quick to point out: the ball team at Titleist spends precious little time patting itself on the back.

“We work on these new products years in advance,” he says. There are elements of this introduction that go way back. That’s what consumers don’t see. We’re constantly looking for ways to make our products better. Can that be a challenge for us? Sure but we don’t settle. We have a great product but it’s always about the next one. It has to be better.”