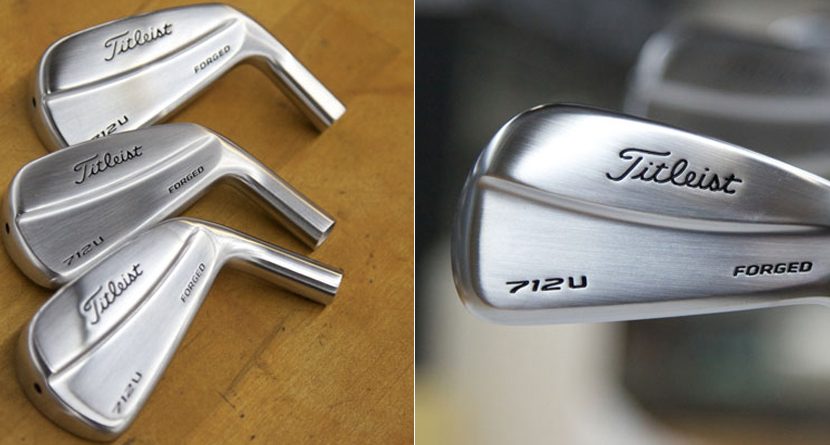 Titleist Golf has added a new forged utility iron, the 712U iron series, for players of all skill levels. While the club’s appearance and design is similar to a forged blade concept, all players can benefit from using it.

First introduced to the PGA Tour in late 2012, the 712U iron is now available to all golfers. It is already the most played utility iron on Tour thus far in 2013, as players like Adam Scott, Tim Clark and Geoff Ogilvy trust the club’s versatility and consistency. This is surprising in a world where hybrids have seemingly taken over.

“I don’t like the look of hybrids, but the 712U [2-iron] looks great at address,” Ogilvy said. “It is a bit stronger than a 2-iron, it goes farther than a 2-iron and it’s easy to hit. It feels great, performs how I need it to, and I like having it in my bag.”

Titleist’s General Manager Steve Pelisek explains why the 712U is easier to hit than most long irons. Hint: it has a lot to do with gravity.

“During the development of 712U, we worked closely with our tour players to design a utility iron that delivers a great combination of consistency and control,” Pelisek said. “The deeper [center-of-gravity] results in a higher [moment of inertia] that increases stability at impact, helping players achieve more consistent distance and trajectory control, whether hitting shots high or low.

“With the 712U being so well received out on tour, we decided to make the club available through custom order for those players that need or prefer this type of long-game yardage and trajectory solution.”

The 712U retails for $259.00 and is only available by custom order directly from Titleist.