Tools Of The Trade: Adam Scott’s Winning Clubs At The WGC-Cadillac Championship 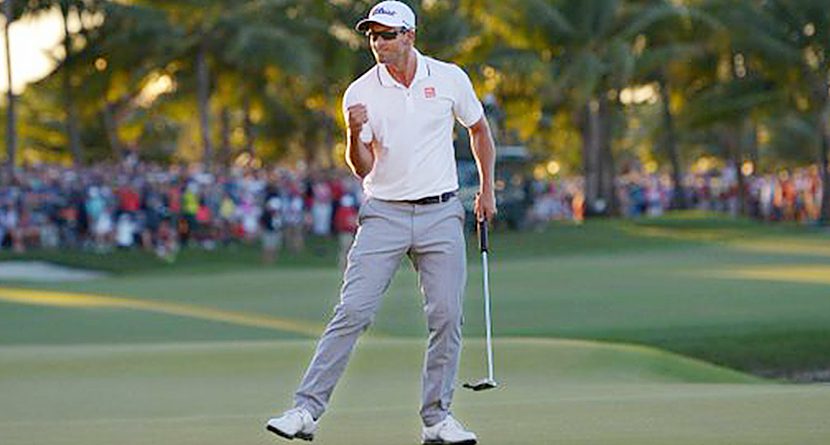 Adam Scott overcame two final-found double bogeys and a six-shot deficit at one point Sunday to earn his second consecutive PGA Tour victory at the WGC-Cadillac Championship. The 35-year-old Australian ended a two-year drought with his win at the Honda Classic last week and ensured that there wouldn’t be a similar dry spell between wins by hoisting another trophy just seven days later. Just because Adam Scott is known as one of the elite ballstrikers in the game doesn’t mean we should take it completely for granted. For the second week in a row, Scott led a world-class field in strokes gained: total. This week at the treacherous Trump National Doral, Scott gained more than three shots per round on field before he even stepped onto the greens with his rejuvenated putting stroke.