Tools Of The Trade: Bubba Watson’s Winning Clubs at Riviera 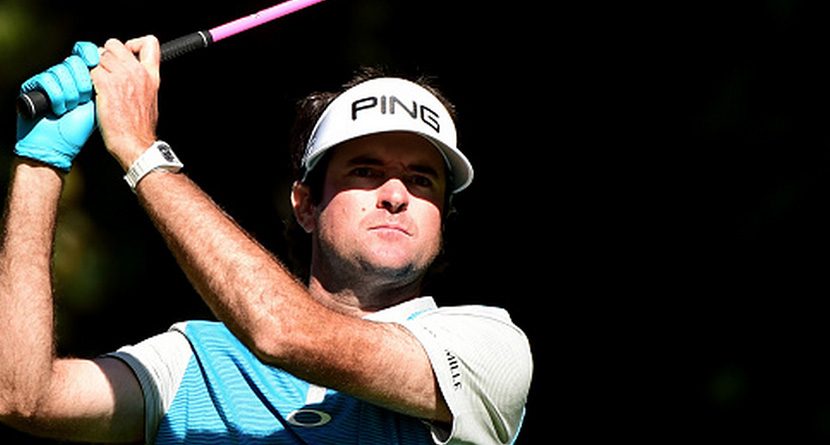 Bubba Watson birdied two of his final three holes to fend off Adam Scott, Jason Kokrak and Dustin Johnson to win the Northern Trust Open at Riviera Country Club for the second time in three years. Bubba shot rounds of 66-68-67-68 to post 15-under par.

Just in case you’re thinking about upgrading your arsenal to some of Bubba’s winning gear, we asked our friends at PGA Value Guide how much his sticks are worth. You can buy Bubba’s entire bag of sticks brand NEW for roughly $2,440.

The same sticks on the used club market typically run around $1,175. And if Bubba wanted to trade-in his tools (like a normal human being) on the PGA Trade-In Network he’d get in the neighborhood of $635 toward his next purchase.

Bubba’s Tools of the Trade