Tools Of The Trade: Rory And Sergio’s Winning Clubs 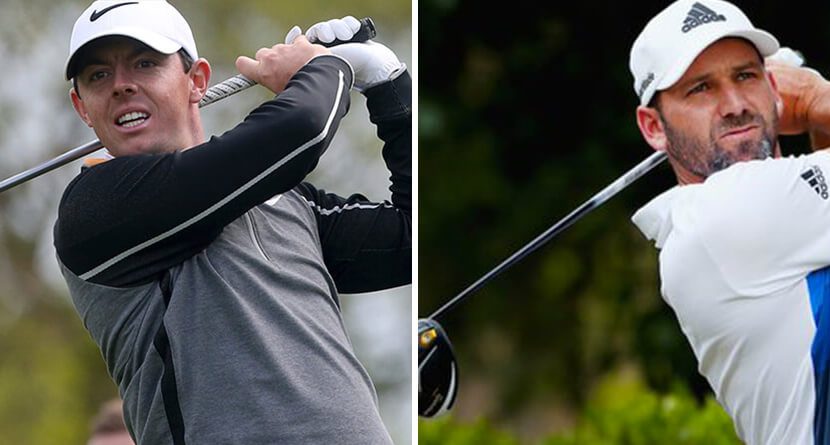 McIlroy captured his 13th European Tour title and first worldwide win since the 2015 DP World Tour Championship, Dubai at the Irish Open on Sunday. McIlroy shot rounds of 67-70-70-69 to win by three strokes.


What’s In His Bag

The shot of a champion. https://t.co/7EpcJKAbWH

With the tournament on the line, Rory hit two exceptional fairway woods into the par-5 16th and the par-5 18th holes that led to birdie and eagle, respectively, and slammed the door on runners-up Russell Knox and Bradley Dredge.

Garcia earned his first PGA Tour win since the 2012 Wyndham Championship with a playoff victory over Brooks Koepka at AT&T Byron Nelson on Sunday. Garcia shot rounds of 63-66-68-68 to earn his ninth career PGA Tour victory and tie Seve Ballersteros as the Spaniard with the most wins on the circuit. If Sergio is in contention, it’s because he’s putting well. A consummate ball striker, his prowess from tee-to-green is often criminally underlooked as a result of a good week with a putter. Not this time, however. Garcia ranked seventh in strokes gained: tee to green (+7.810) and put himself in position to get back in the winner’s circle with a solid week on the greens.

Tools Of The Trade: Jason Day’s Winning Clubs At The Players

Tools Of The Trade: Brian Stuard’s Winning Clubs At Zurich