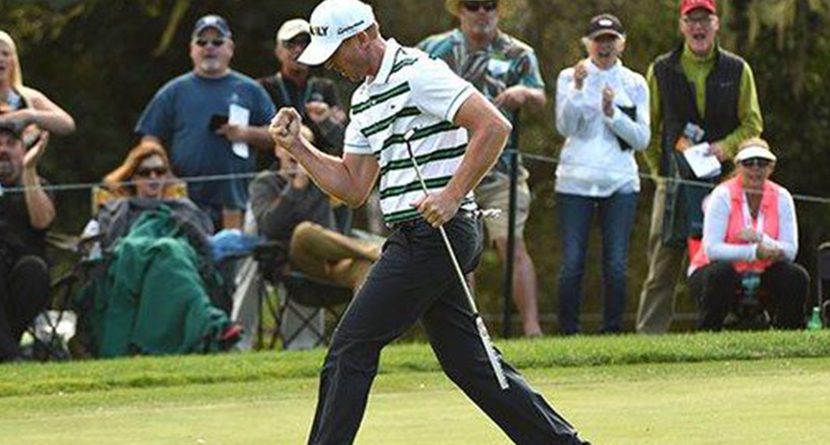 Vaughn Taylor shot a final-round 7-under par 65 on Sunday at the AT&T Pebble Beach National Pro-Am to post, and eventually outlast Phil Mickelson for his first win on the PGA Tour in more than 10 years. Taylor birdied five holes on his back nine, including a run of four straight between holes 13 and 16 to post 17-under par, which turned out to be one stroke clear of the field. Taylor was rolling in putts from all over Pebble Beach on Sunday, yet while his strokes gained: putting stats were impressive for the day (+1.962), his strokes gained: tee to green were off the charts (+5.183). Taylor hit nine fairways, but found the putting surface in regulation 14 times and as his driving distance stats would bear out, he wasn’t bombing it past the rest of the field. A solid iron swing honed by the Robo Golf Pro and a win on the PGA Tour.