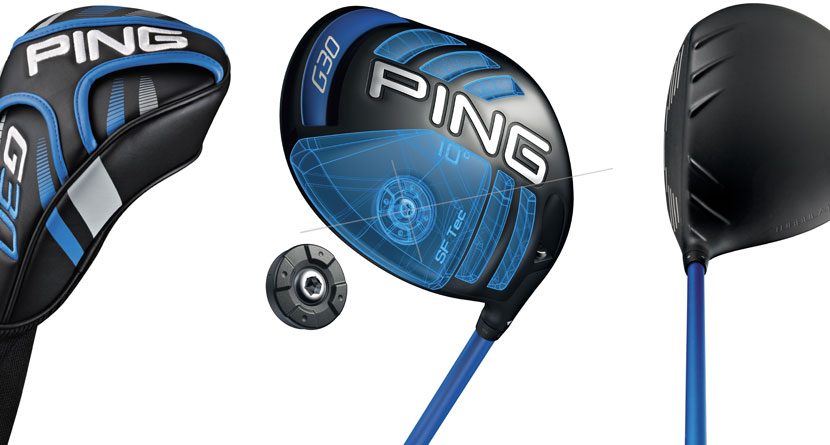 The new PING G30 driver might look a little odd on the surface, but a recent clubtest showed me that this puppy means business in terms of distance and overall playability.

This shouldn’t come as a shock, of course, since players like Bubba Watson and Billy Horschel have played extremely well using the PING G30 driver since its release in July. Our piece on the driver at the time of its unveiling detailed a weird “Turbulators” feature that I couldn’t wait to try out.

I needed to know if those little wavy nubs on the crown of the G30 increase distance.

Using the PING G30 while testing during a recent round, I saw major distance improvements — upwards of 20 yards — when compared to other drivers I’ve hit. That’s not a small amount, folks.

From a feel standpoint, the PING G30 driver performed admirably. Readers of my equipment reviews will recall that I prefer a soft feel in all of my clubs, and while this driver wasn’t the best I’ve swung in that department, it was absolutely in the top three. I’m not sure if a company with the name of “PING” will ever get away from a sharper-sounding club at impact, but then again, who cares?

While the appearance of the Turbulators on the club’s crown took some getting used to, they do a decent job as an alignment aid in addition to their aerodynamic benefits (or so I’m told). Similar to the PING i25 – which featured a pair of racing stripes on its crown – the PING G30 is a step outside of the box for a company known to lean closer to traditional designs.

I was immensely pleased with the PING G30 driver overall. The weather might be turning for the worse in Chicago, so I’m going to enjoy the hell out of my final rounds of the year with this club in my bag.