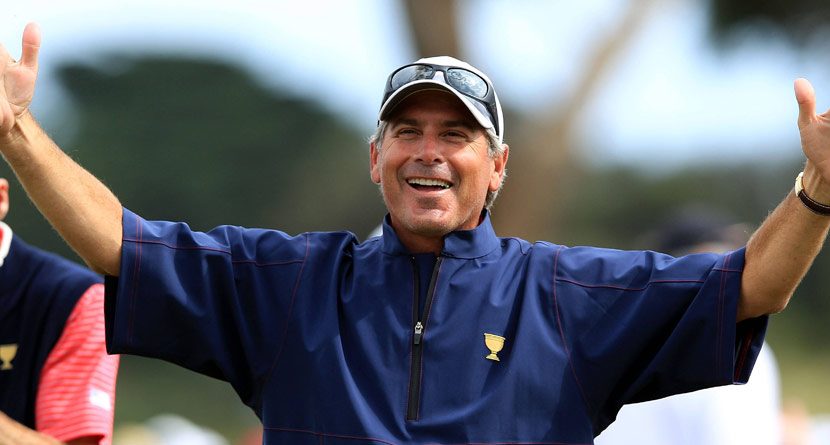 The Presidents Cup matches are just around the corner, so now is the perfect time to start planning your television viewing wardrobe for the big event. To help you get some ideas, here are what the U.S. Players will be wearing that week, thanks to our friends at Ashworth Golf. As expected, the folks at Ashworth brought out all the stops with this impressive line of red, white and blue patterns to don the U.S. players. U.S. captain Fred Couples was equally impressed, stating that he was very pleased with what the golf apparel company has to offer for his boys.

“It’s an honor to play for the United States at The Presidents Cup, and it was important to me that my players represented our country in premium shirts that are comfortable, look great and fit properly,” said Couples in a statement. “The specially designed Ashworth pieces tell that story, and I’m proud the team will be wearing them on one of golf’s biggest stages.”