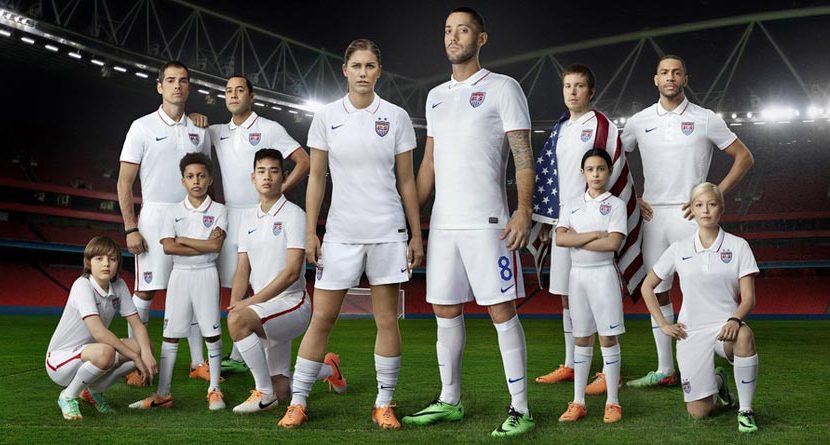 The U.S. national soccer team unveiled its new home jersey for the 2014 World Cup, and it looks eerily similar to something worn around a different sport played on grass.

Nike, the designer of the jersey, seems to have taken a page from the golf world as both the men’s and women’s jerseys look resemble golf shirts.

The kits contain elements of the American flag, with stripes going around the jersey and stars gracing the top of the U.S. logo on the chest. For the players, their names across the back will have a unique feature with the words “One Nation. One Team.,” only visible under UV light. We’ll see these jerseys worn by soccer players and golfers alike when the World Cup kicks off in June, but the jerseys are available now on Nike’s website. Other Hot Links:
– It Takes Two: Friends Team Up For Amazing Trick Shot
– BASE Jumping Meets Golf with Jeff Provenzano
– Pro Golfers, Athletes Rally to Support Teen With Rare Illness
– The Academy Awards for Golf Movies
– What If the PGA Tour Held a NFL-Like Combine?