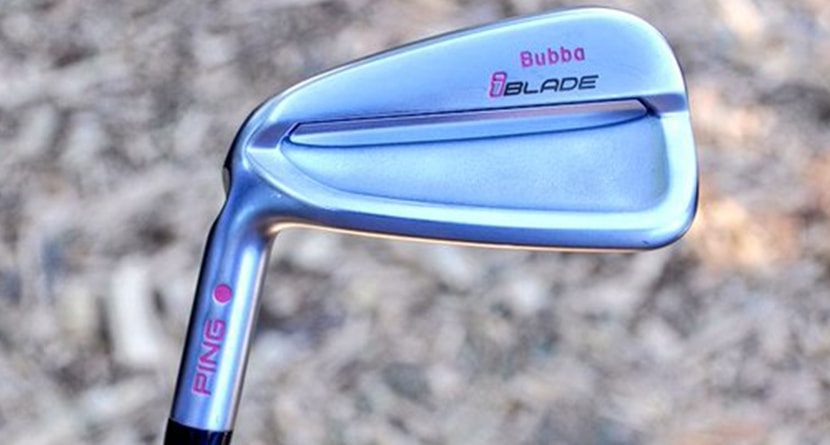 The best endorsement an equipment manufacturer can receive is having their most stubborn Touring pros put new equipment into their bags at the biggest events. PING has accomplished that feat with their new iBlade irons.

Here’s a breakdown of the irons from the PGA Tour’s equipment czar Jonathan Wall:

The iBlade, which debuted at THE PLAYERS, features a compact head, topline and little offset — three traits that have been found on previous S Series models.

A Custom Tuning Port (CTP) is also visible in the back cavity that most likely distributes weight to the perimeter for improved forgiveness and feel. The CTP has been a staple of past irons PING has introduced.

Unlike most of the equipment in PING’s lineup, the company has varied the release date of the better playing iron model. More than three years passed between the launch of S56 and S55; it was two-plus years between the debut of S55 and iBlade.

As Wall points out, Bubba plays what he likes and likes what he plays. He had PING’s S59 irons in the bag for “nearly a decade” before switching to the company’s S55s in 2013. The iBlade represents Watson’s third set of irons in the past 12-plus years, an anomaly on the modern PGA Tour.

Watson wasn’t the only major champion in PING’s stable to switch to the iBlades this week, either. 2010 Open Champion Louis Oosthuizen has the new sticks in the bag at TPC Sawgrass as well.

Bubba Watson isn't the only one with @PingTour iBlade this week. Louis Oosthuizen had them in the bag as well. pic.twitter.com/QqfQ7SoQjm