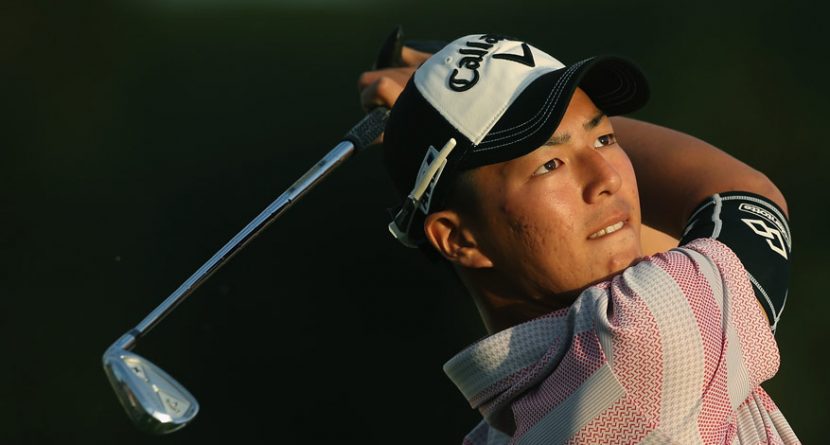 By and large, the last four years haven’t been kind to golf’s equipment manufacturers.

When the implosion of Bear Stearns in the fall of 2008 sent Hank Paulson reaching for the sick bag and ignited what was to become a conflagration of genuinely global proportions, the annual market in equipment sales was creeping towards the $3 billion mark (figure excludes mass market sales). As an indirect beneficiary of the developed world’s infatuation with cheap credit and luxury goods, golf was flying high. Now, with the chaos attendant on those first, painful contractions having finally given way to something approaching stability, the figure sits at approximately $2.6 billion, a full $300 million lower than that pre-crash peak.

Due in part to the recent exodus of players from the game (4 million American golfers abandoned the sport between the middle of the last decade and 2011), in part to the more discerning taste and caution of those who’ve stuck around, this squeezing of the market has forced its major players into closer and more ruthless competition.

Not only are they fighting harder to satisfy their appetites these days, to grab a piece of the pie worth worth calling a meal, but they’re doing so in the absence of any real hope the market will stage a dramatic recovery. Last year marked the industry’s first experience of positive growth since 2008, and even then, the uptick was negligible. In this slightly brutal arena, every loss is made to a direct competitor’s gain.

This capitalist State of Nature might seem a world away from the cloistered certainties and crested blazers of life within golf’s madarin class, but the goals of those at work in the equipment market have recently come into direct and increasingly noisy conflict with those of both the USGA and R&A.

The precise source of the friction is difficult to pinpoint, but suffice to say, while manufacturers were coming to terms with the new limits of post-crash business, golf’s governing bodies were doing some soul-searching of their own.

Robbed of the promise that the sport could grow and grow towards some distant and ever-receding horizon, they too have been forced to take greater stock of the present. Concerns about runaway technological innovation and the protection of historic venues from ludicrously long carries and spinning golf balls have leapt from the stalls to centre stage; high-spec equipment is no longer seen as a means of winning the future, but of potentially corrupting it. It’s a shift in thinking that’s put the multinational behemoths of the golf industry on high alert.

It was for this reason that last year’s decision to outlaw the anchored stroke required the expenditure of such energy and political capital. The USGA and R&A took action that would impact the bottom lines of manufacturers and tournament professionals alike. Activism replaced polite coexistence as the watchword of the day, and big brands, increasingly sensitive to encroachment on their territory, pushed back, expressing skepticism and staking out their claim to a measure of autonomy.

That particular show of resistance hasn’t paid off, of course – belly putters may well the way of rake wedges – but that debate may yet prove only the opening skirmish in a longer and more turbulent conflict.

If you were paying attention in the run-up to last month’s PGA Merchandise Show, you would have noticed a few soundbites and presentations in favour of bifurcation (the alteration of the rules of golf to take account of differences between the professional and amateur game) tip-toeing into the news cycle.

Mark King, TaylorMade’s CEO, claimed the game was already played under two codes, and Solheim Cup captain Dottie Pepper received a round of applause from the Merchandise Show faithful when she voiced her support for a formalised separation between the amateur and professional games. Both were preceded by Ping CEO John Solheim’s more conciliatory suggestion that golf shift to a system that takes equipment choices into account when formulating handicaps, and USGA Executive Director Mike Davis’s tete-a-tete with the PGA Tour cohort.

It’s not by coincidence or some innocent shift in sensibilities that bifurcation has emerged a topic of debate. It’s an issue that’s been willed into existence these past months by equipment giants anxious to retain the creative freedom they currently enjoy and tour professionals intent on preserving their income. To each, bifurcation looks the perfect out. In allowing a pick-and-mix approach to the implementation of changes in the rules, it would, in theory at least, erect a firewall between tweed-clad traditionalists and the very real businesses that call the golf industry home. No single finger-wagging initiative could turn the industry on its head.

Professionals could be given the all-clear to anchor balky flat-sticks by the PGA Tour, for example, while limits on the flight of the golf ball could be applied only to those who routinely make a mockery of the world’s longest courses, namely elite professionals – the Dustin Johnsons and Bubba Watsons of the world.

Such a development would, conveniently enough, leave club manufacturers free to innovate ad nauseum, schmooze and sell within the generous parameters they’re currently afforded. There would be no need to fear another catastrophic shift in the market, a second stagnation, this time inflicted by the sport upon itself. Amateurs could play by the old rules, professionals the ones designed to safeguard the image of the game and protect its legacy. It looks a neat compromise on paper.

In the short-term at least, a lurch towards bifurcation would probably preserve the vibrancy of the market in golf equipment, stave off the threat of further power struggles and tribal conflicts. But what happens when, as would inevitably prove the case over time, the two codes begin to diverge further? What happens when they look and feel so different that the marketing dialogue between the two begins to break down? In short, what happens when Tiger Woods or Rory McIlroy can no longer be relied upon to work their charismatic magic and turn major wins in driver sales?

Equipment manufacturers may well believe that in bifurcation they’ve stumbled upon a guarantor of future security, but it promises only a quick fix more likely to postpone their day of reckoning than cancel it.