Will A Bigger Cup Grow the Game? 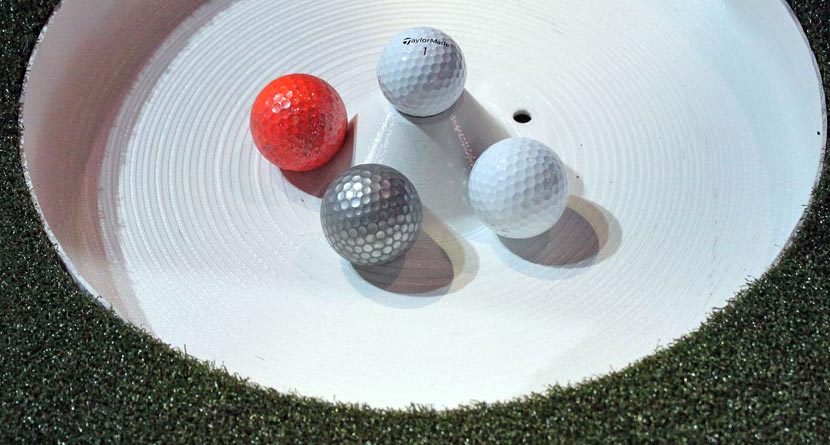 Having trouble getting your golf ball in the hole? Maybe a 15-inch cup will help make the game easier for you.

That’s the message TaylorMade CEO Mark King is supporting, according to Tod Leonard of the UT San Diego. Ever since King debuted TaylorMade’s new HackGolf.org website – a crowdsourcing hub with a focus on making golf more accessible and fun – one of the leading recommendations has been to increase the size of the golf hole on putting greens.

The rationale behind this intriguing option resides in another attempt to speed up the pace of a golf round. People take too damn long to play golf. This isn’t news to anyone who has played more than one round in their lives. But will a larger hole actually speed things along? For now, there’s really no way of knowing. Pace of play is a highly individualistic metric that will differ substantially from one foursome to the next. I feel the problem isn’t so much how many putts a hacker attempts on a green, but rather how many shots it takes him to get to the putting surface. A 15-inch hole won’t help you much from 100-yards and in.

Still, it is an idea that challenges the status quo of a game artificially limited by its own history. It seems as though golf is the only sport that adds to the rulebook as opposed to altering how the game is played. Especially to the extent that would actually benefit its players.

Related Link: Video – Donald Trump on the State of Golf